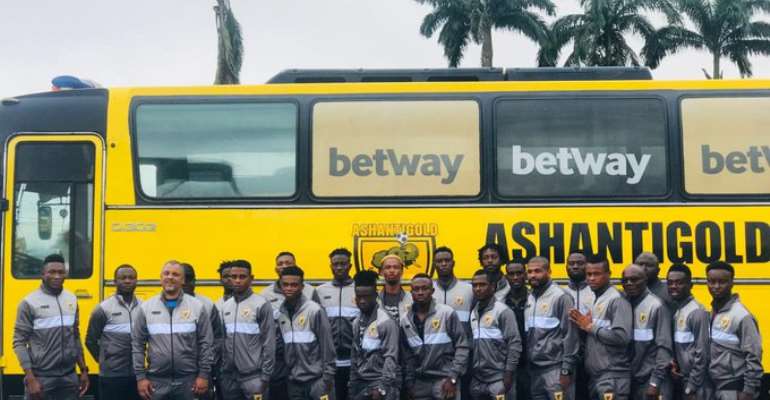 Ashanti Gold have left the shores of the country Equatorial Guinea ahead of their CAF Confederation Cup first leg encounter with Akonangui FC with 18 man squad.

Eighteen players together with Technical team members and staffs of the Management team left Obuasi on Wednesday morning.

The team will travel by road to Togo where they will enroute to Malabo by air for the big game on Saturday.

Coach Ricardo Da Rocha named striker Shafiu Mumuni in his squad after the player returned from trials in South Africa.