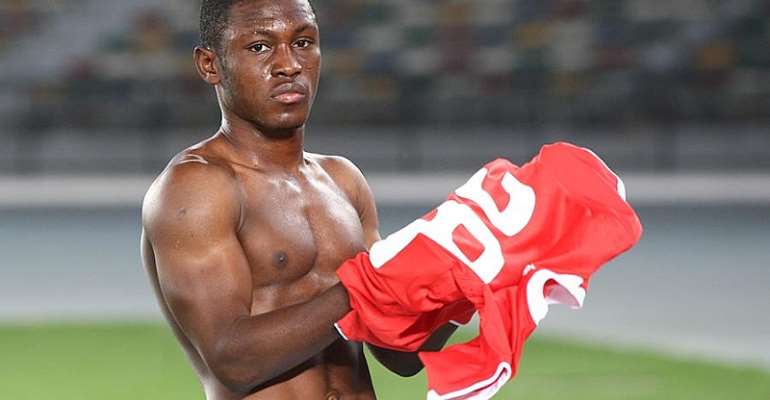 Abdul Majeed Waris has wished the Black Stars team well ahead of the Africa Cup of Nation in Egypt after he was axed from the final squad.

The 28-year-old was excluded from Ghana's final 23 man squad for the upcoming tournament where Ghana are in Group F alongside reigning champions Cameroon, Guinee Bissau and Benin.

And according to reports, the FC Porto forward reacted furiously to his omission from the final 23-man that will travel to Egypt after boycotting a meeting following the release of the squad.

Despite the disappointment, Waris explains it's always an honour to represent the nation and wishes the team the best of luck in the tournament.

Waris came off a good season in France with FC Nantes, where he made 33 Ligue 1 appearances, scoring five goals and creating three assists.

The striker is yet to disclose his next destination after ending his loan stint with the Canaries but there are reports Montpellier and clubs from the Gulf region are interested in the speedy attacker.

The 2019 disappointment is the third setback to Waris' hopes of playing at the Africa Cup of Nations, after his first tournament appearance for Ghana at the 2014 Fifa World Cup in Brazil.

At the peak of his international career, he was forced to miss the 2015 Afcon in Equatorial Guinea due to injury and got snubbed by then Ghana coach Avram Grant for the 2017 championship in Gabon.