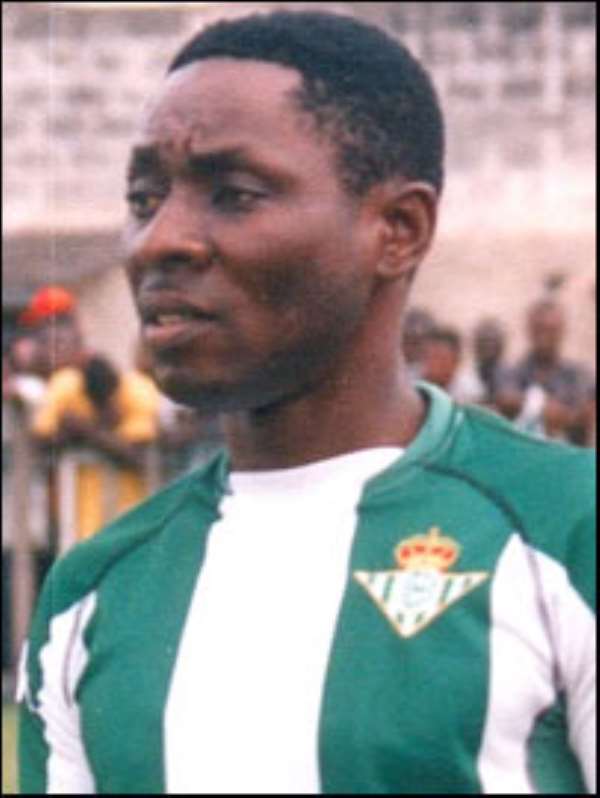 Banjul, Gambia, May 23 - The continued stay of coach David Duncan as the head coach of the Black Starlets in the World Under-17 Championship scheduled for Peru later in the year will be based on two conditions to be granted by the Ghana Football Association (GFA) and the Ministry of Education and Sports. Coach Duncan after leading the Starlets to the World Championship for the first time in four years is asking the GFA to reshuffle the present management team of the Starlets as well as the settlement of his ten months salary arrears by the Ministry. The coach is also demanding for a renegotiation of his terms of contract which he hopes will obviously include the upward adjustments of his salaries and other incentives. Coach Duncan is however prepared to quit the job if the authorities fail to grant him his desires. Confirming this to the GNA Sports, coach Duncan said the era of too many people serving on a single management committee is past, because he believes in the ability of at least one or two competent people of carrying out a successful job effectively.
Explaining further, the coach said he had gone through series of misunderstandings with some of the present management team because most of them attempted to impose players on him against his will whilst others wanted to have their ways even in technical matters at the detriment of the general welfare of the team.
The coach singled out Mr Fred Crentsil as the only person who worked for the progress of the team. He said he is not prepared to work with the current management team of the Starlets who did nothing to seek the welfare of the team but only take glory in its success.
When reminded about the fact that the management team is selected by the GFA based on the endorsement of the Executive Council, the coach said he would present a paper to justify his call for their exit.
Touching on his salary, the coach said for ten Months now the Ministry has failed to settle his salary of five million cedis per month. He said this includes that of other members of the technical team. "I wonder why they continue to treat us like that, but this will not happen before Peru".
The coach revealed that he would demand for the money as well as a renegotiation of his salary and other benefits before reassembling the team for the world cup in Peru. "Failure to agree on the terms as well as the reshuffle will definitely end my romance with the team".
"It's high time coaches are treated with respect because we are also professionals", he declared. On his future should he quit the Starlets job, the coach said that there are a lot of options at his disposal but added that any decision from him is through divine inspiration.
When contacted by the GNA Sports, Mr Richard Quarshie, a member of the Starlets Management team, disputed the coach's assertion, saying that the management team did everything possible to ensure the progress of the team to their present stage.
"You will never know what the management team has done for the Starlets up to this stage but I'm not prepared to disclose them because I don't want to blow our own horn".
Mr Fred Pappoe, a management member of the GFA told the GNA Sports that the recommendation being made by the coach is a tall order for the FA but they will find a way out to solve whatever dispute is between the coach and the management team.
The FA management member said he believes the concerns of the coach were based on some disputes he had with some members of the committee. According to Mr Pappoe such disputes should not stand in the progress of the team because in the absence of friendship, work can still go on.
"I believe to every problem, there is a solution and the appropriate way is to settle whatever dispute is among the members of the management since the progress of the Starlets at the World Cup is paramount and it is for us to sit with both parties for a peace talk".
Mr Pappoe accepted the fact that the coach has not been paid his salaries for some months but noted that it is not the responsibility of the GFA.
He said the responsibility of the FA is to facilitate the process in getting the money for the coach and this they will continue by mounting pressure on the Ministry to release the funds.
A source at the Ministry told the GNA Sports that the delay in the payment of the salary was due to a change in the system of payment of salaries by the Ministry. According to the source, the new system might have been implemented by now adding that, "I will not be surprised if he goes back to Ghana to find his money in his accounts".
The Starlets management committee includes, Mr Quarshie, Alhaji Rajie, Fred Crenstil, Henry Aryee, Emmanuel Adotey with Felix Asong tendering his resignation due a dispute between him and the coach.
Coach Duncan led the Starlets last Sunday to pick the silver medal at the Sixth Africa Under-17 Tournament in the Gambia after losing by a lone goal to the host country under bizarre circumstances.