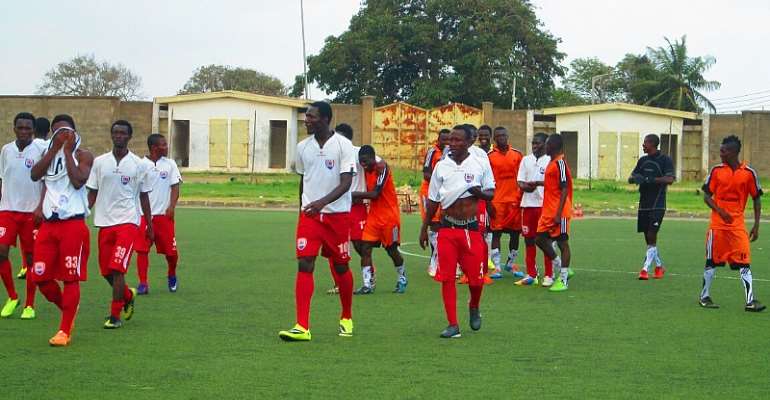 Fredrick Boateng scored and made one assist on his debut as Inter Allies demolished Tempbol Soccer Academy, a first division side from Nigeria, 4-1 in an international friendly match on Friday in Tema.

It was Imoro Adams who opened the scoring after half an hour gone, Boateng put the speedy winger through on goal, he controlled the ball in the box just in front of the goalkeeper to make a beautiful finish, 1-0.

Five minutes before the break, Fredrick Yamoah received a pass from Baba Gullit, the former made an impressive run, swerving series of tackles from the left flanks to set an easy tap in for Fredrick Boateng to finish it coolly, first half ended 2-0 in our favour.

Ten minutes after the recess, Michael Ezekiel Apaki pulled one back, which later turned to be the only goal for the Nigerians from a well taken free-kick on the edge of the box, 2-1.

In response, George Asamoah also scored from a free-kick, his brilliant left-foot restored the two-goal lead, 3-1.

Fifteen minutes from time, a trialist from Benin put the icing on the cake to end the game 4-1.

In all, it was a comfortable victory for the team and a brilliant friendly match.