Taylor Transfer Saga 'It's Not Over Yet'

By Michael Quaye for Graphic Sports 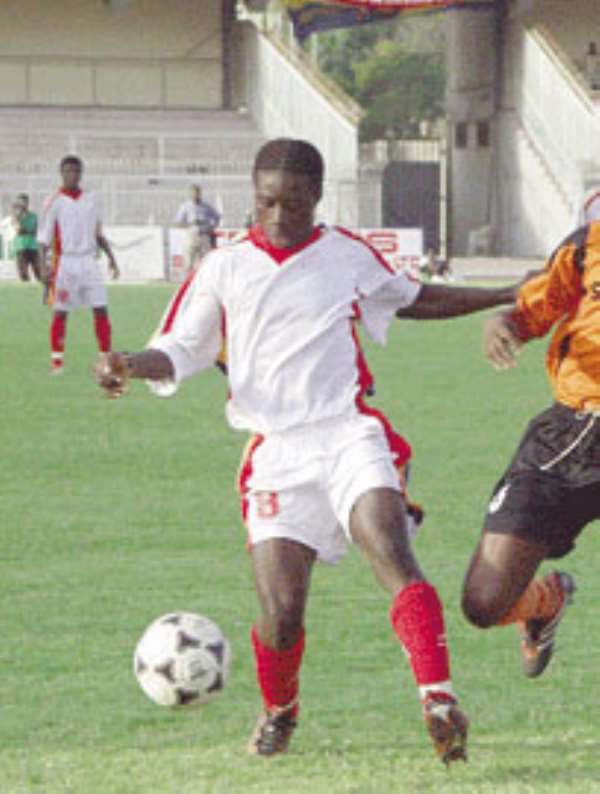 VARIOUS spins and interpretations placed on the GFA’s verdict on the long-standing dispute involving Charles Taylor have left a thick cloud of uncertainty over the matter. The only thing certain about the subject now is the fact that the matter is far from over.

The ruling, however, remained silent on what would be the status of the player after the payment of the various fines, pushing the matter further into confusion. Hearts, Taylor’s club at the moment, may have heaved a sigh of satisfaction following the ruling last Monday, but may have cut short any celebration resulting from the verdict when a counter claim that the player would be free after settlement of the fines gained currency at a jet’s speed.

The second school of thought, churned from the direction of Kotoko, has sent Hearts back-tracking to reconsider the true implication of the FA’s ruling. Hearts sources have maintained that the player remains theirs until the club transfers him from their fold, and regard the fine imposed on Taylor as punishment for his ‘waywardness’. Even in the midst of this confusion, the GFA has found it less urgent in explaining the jerky subject of Taylor’s final status after payment of the fine, creating the prevailing anarchy.

Interpretations ranging from legal views to lay minds, as a result, have given the matter a new outlook. The mention of compensation is regarded as a factor that negates the prevailing contract with Hearts, as it exists in the legal realm. Indeed, legal brains say compensation is enough consideration for breach of a contract.

Put differently, it is argued that any further payment, particularly by Kotoko, to secure the services of the player amounts to “double jeopardy” — a legal term for double punishment for the same offence. But counter views have been equally intense. In arriving at its ruling, the GFA found Kotoko guilty of perpetuating acts of inducement of the player even though the GFA had fined the club ¢5 million earlier for unsporting behaviour.

The current fine is, therefore, seen as punishment for the perpetuation of the ‘wrongful act’, and not a transfer amount. A comparative case involving Argentine midfielder, Ariel Ortega, who has been directed to revert to Fenarbahce in Turkey despite serving a year’s ban plus a huge fine of $11 million has come in handy and easily cited as a case study.

Besides, it is maintained that the sanction handed both Kotoko and Taylor does not nullify Taylor’s contract with Hearts since his registration with the club is still valid. Taylor’s card, meanwhile, remains in the custody of Hearts and upon this point, it is held that any club wishing to secure the player may have to negotiate his transfer with Hearts.

Uneasy days lie beofre the football authorities, as far as this matter is concerned, and an arbitration cannot be ruled out in the final analysis. At least, the GFA did say at the initial stages that it will take series of measures to resolve the matter with arbitration being the last resort.