2021 AFCON: No Ghana player makes it into Team of the Week after Round 1 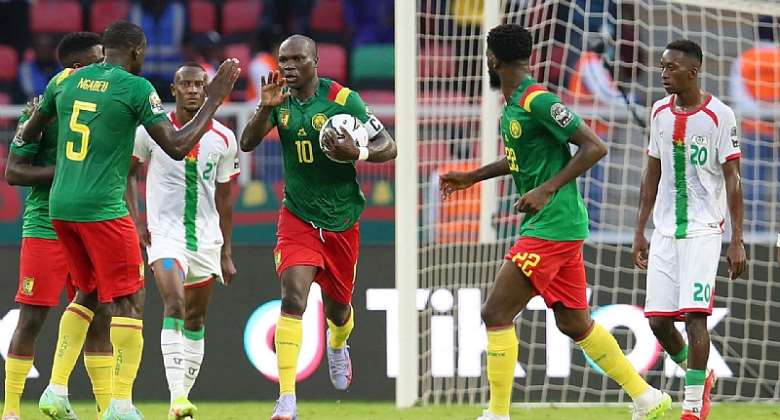 After an unimpressive showing in the opening match of the 2021 TotalEnergies Africa Cup of Nations (AFCON) tournament, no Ghana player has managed to make it into the Team of the Week for Round 1.

The delayed AFCON tournament finally kick off last Sunday with host nation Cameroon coming from behind to defeat Burkina Faso 2-1 at the end of a very tough contest.

Later on Monday, Ghana opened her campaign in the ongoing tournament with a Group C clash against Morocco.

Although the Black Stars fielded a strong team that included stars such as Thomas Partey, Andre Ayew, and Jordan Ayew, the team suffered a narrow 1-0 defeat to the Atlas Lions.

The poor showing of the team was subsequently criticised by Ghanaians who are now demanding for a better performance in the next Group C game.

Today, Modernghana Sports partners SofaScore has released the Team of the 2021 AFCON for Round One made up of the players with the best ratings so far.

With no surprise, no player of the Ghana national team is included in the team. Sierra Leone goalkeeper Mohammed Kamara makes the team after his stunning display against defending champions Algeria.

Brace hero Vincent Aboubakar leads the lines with the second best rating and is joined in the attack by Morocco’s Sofiane Boufal and Riyad Mahrez of Algeria.

Check out the SofaScore Africa Cup of Nations Round 1 Team of the Week below:

On Friday, January 14, 2022, Ghana will play her first match of the 2021 AFCON in a must-win encounter against Gabon.