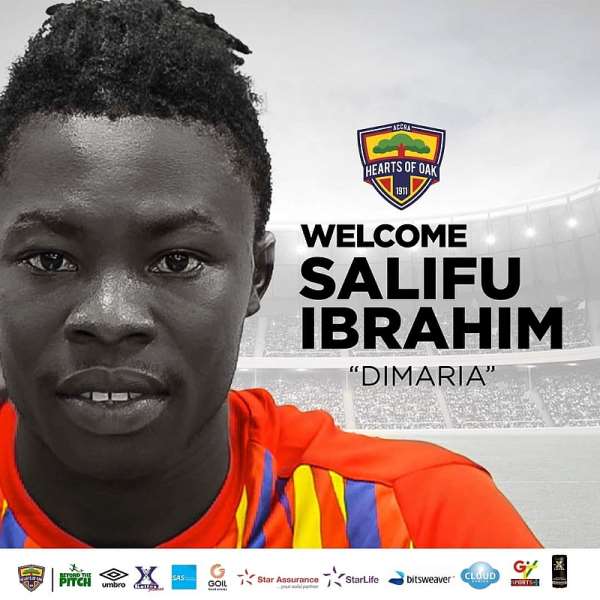 Ghana Premier League side, Accra Hearts of Oak have confirmed the signing of Salifu Ibrahim from Techiman Eleven Wonders.

The talented midfielder who has been sensational in the ongoing Ghana Premier League signed a three year deal with the Phobians.

The enterprising defender arrived in Accra on Friday and underwent his mandatory medicals.

Salisu has been in top form for Techiman Eleven Wonders and was among the players invited by Black Stars coach to begin camping for next month 2021 Africa Cup of Nations [Afcon] qualifiers against South Africa and São Tomé.

Salisu won the Ghana Premier League Man of the Match Awards for four consecutive times in a row with Eleven Wonders.

Salifu Ibrahim has been the pillar in the Eleven Wonders midfield and the reason behind the club’s astonishing form this season.

He is expected to help the Hearts of Oak squad compete for laurels this season.

Hearts of Oak meanwhile are expected to announce Samuel Boadu, who parted ways with Medeama SC as their new hed coach.

The Phobians will be hosted by their sworn rivals Asante Kotoko in an outstanding match at the Accra Sports Stadium on Sunday.