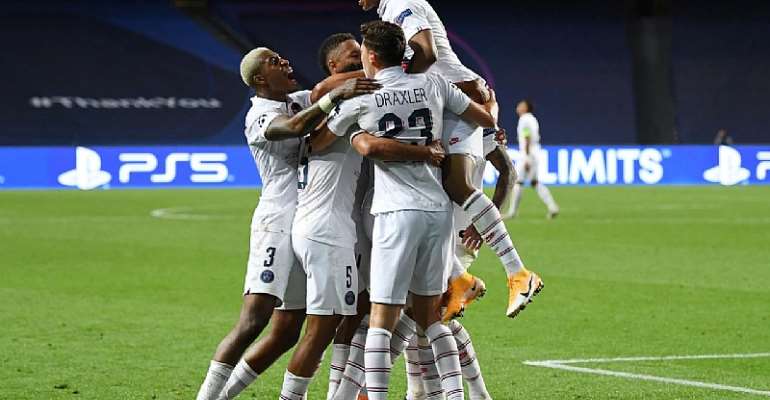 The Champions League knockout stages produce great drama and the single-game format for this season's quarter-finals intensified the emotions as Paris St Germain struck twice in the final minutes to end the fairytale for debutants Atalanta.

Although the team from Bergamo, the Italian town of around 120,000, had never qualified for the Champions League before, they were moments away from humbling the financial powerhouse of PSG, backed by the oil wealth of the club's Qatari owners.

Atalanta's hopes of glory were suddenly snatched from their grasp and the sense of destiny, of romance, that had surrounded Gian Piero Gasperini's team suddenly evaporated into the night air at the empty Estadio da Luz.

There was no second leg, no away goals calculation, nothing other than the finality of defeat, of history being rewritten in a matter of seconds.

It was so cruel on the Italian side, who had worked so hard and had taken the lead with a beautiful 27th-minute goal from their Croatia midfielder Mario Pasalic.

But when Atalanta finally reflect on the loss they will surely acknowledge that they had been helped by some wasteful finishing by PSG, in particular from their Brazil striker Neymar, and the alert goalkeeping of Marco Sportiello.

Whatever memories Atalanta fans have of this defeat, they won't include celebrating their goal in the stands or singing to console their heroes collapsed on the turf at the final whistle.

Due to the COVID-19 related restrictions, there were no supporters of either team inside the 64,000 capacity stadium and so the biggest night of Atalanta's 112-year history was one of frustration in front of the television for their supporters.