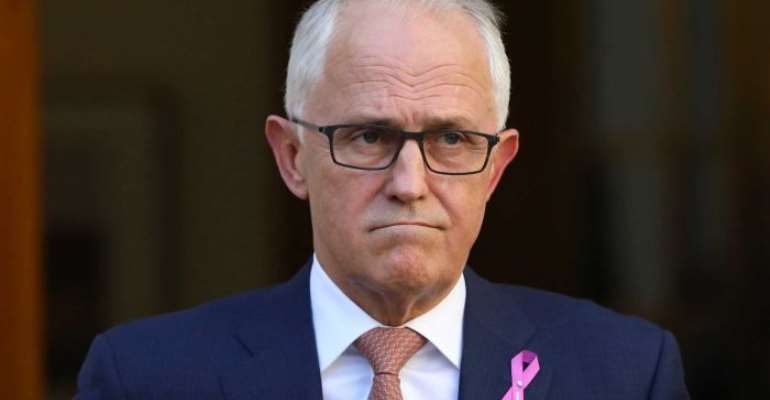 Memoirs can be unreliable artefacts. They feature fiercely subjective views, reflections tempered, or hardened, by the passage of time. They tend to be of lives edited, errors justified, triumphs amplified. Malcolm Turnbull, yet another Australian prime minister butchered by the ranks of his own party, has not set out to be an exception to this rule, though his memoir A Bigger Picture has already made the wettest of splashes by an incident surrounding its publication.

With only a few days prior to its Monday release, a pirated copy had found its way into circulation. Foreign Minister Marise Payne was one recipient of it, though she was adamant on the ABC’s Insiders programme that she had deleted the illicit copy with automatic swiftness. “I would encourage anyone who has received [it] to do the same.” She proved less forthcoming on who was responsible for sending the copy.

A delicious twist was supplied by the fact that the email attaching a digital copy of the book to it had come from the Prime Minister’s office. Scott Morrison’s senior adviser, Nico Louw, had received an unsolicited copy of the book, which he duly forwarded to 59 individuals. A letter of complaint written to Louw by lawyers representing Turnbull and his publishers, Hardie Grant, followed. On Sunday evening, while not wishing to delve into the legal proceedings, a spokesman for Morrison revealed, rather amusingly, that “Staff have been reminded of their obligations under copyright law, and of the high standards of conduct expected of them.”

Chief executive of the Australian Publishing Association, Michael Gordon-Smith was put out. “Everyone in government, and especially anyone with a leadership role has an obligation not just to observe the law but to uphold it.” Such obligations tend to get lax in times of retribution.

As for such books, timing is important. A measure of Turnbull’s resentment may lie in the speed with which his work was published after leaving office. There was no period of rumination to take place; he had matters to settle, bitterness to front. There are buckets of generous knocking, a re-ordering of the accounts. In so doing, the impression given is one of a sound prime minister cut down in his prime, able to defeat the then Labor opposite number, Bill Shorten. (Turnbull will go to the grave convinced that he could have defeated Labor in the 2019 election.)

His stint as prime minister can hardly be regarded as a glorious piece of inspired moderate governance, despite claims that he fought the “divisive, dog-whistling, anti-immigration agenda” advanced by his Homes Affairs Minister, Peter Dutton. Turnbull might have been the sharpest of legal eagles, the most canny of merchant bankers; but when it came to politics, he seemed to lack a sense of the terrain he was fighting, the hobgoblins he was confronting. A refugee exchange deal with the United States was hatched under his stewardship, one that US President Donald Trump would, as he did with many other things, deem “dumb”. His record in placating the more right wing, even reactionary elements of is party served to highlight his weakness as a leader. Whatever his own perceptions, he seemed to be haunted, a prisoner to a titanic struggle of ideology within his own party which had, he argued, lost touch with liberalism. His electoral record was also shonky, losing 14-seats in the 2016 double-dissolution election which saw a tediously drawn-out campaign period of two months.

Turnbull’s political portraits are many, unsympathetic, and deflecting. Painting himself as the purest of victims enables him to aim a few meaty blows at his target. He ignores his own role in wielding the dagger that would eventually find its way to Prime Minister Tony Abbott, whom he regarded as something close to a lunatic. Abbott’s close advisor, Peta Credlin, dominated him (and was, it would seem, “running the country”), treating the PM with withering contempt, a reverse Pygmalion. No sense of irony is detected here by Turnbull, given those many accusations during his time in office that Dutton and the right faction were really the ones calling the shots. As Shorten put it at the time, not without some merit, Turnbull was “held hostage to the right-wing puppet masters pulling the strings”.

Turnbull’s successor, Morrison, comes off as the man who courted treachery, interested as early as 2014 to “sniff out interest in removing [Tony] Abbott”. It had been but a year since the Coalition had returned to office. Turnbull, denying his own sense of agency in all of this, felt that he was “being used as a stalking horse by others, especially Scott Morrison, to position themselves.” A dinner on December 10, 2014 saw Morrison’s regicidal vision unveiled. “It was the first time he laid out, fairly comprehensively, his thinking on Abbott, who he felt would have to go by the middle of 2015 if his performance didn’t improve.” Scribblers and journalists in Rupert Murdoch country were briefed, “getting ready to dump Abbott.” It was Morrison, no one else, who “saw himself as the successor.” The theme – Morrison as the saboteur, chief conspirator, and undermining force – soaks through.

In 2018, Morrison took centre stage in the palace revolt that eventually led to Turnbull’s toppling, while denying himself that prominence. For Turnbull, Morrison “is a control freak and I’d seen before in the ballots in 2015 how he’d publicly vote one way while ensuring his supporters voted the other the other way.” Such devilry!

The usual suspects have come out to mount a counter-offensive against the former prime minister. The Australian, which always had its reservations about Turnbull, added its little bit of spoliation by running a portion of the book’s contents last Thursday, having asked neither Turnbull or the publisher for permission. “Malcolm Turnbull,” the paper sneered, “has a talent for living up to low expectations. In politics, he governed the Liberal Party into the ground.” Turnbull’s tall poppy had to be severed.

Sky News has also been busy stocking the arsenal with anti-Turnbull retorts, giving the likes of Assistant Treasurer Michael Sukkar room to claim that “many aspects of the book” should be taken “with a grain of salt”. As for Christian Ellis, who formerly advised Turnbull, a vote as to whether his old boss should be expelled with permanent effect from the Liberal Party was a proposition to be seriously entertained. Turnbull is unlikely to care.

Feature Article
Powered By Modern Ghana
Assange’s Sixteenth Day at the Old Bailey: Special Administrative Measures, Unreliable Assurances and Espionage
Upper East: NDC Campaign Team Member Alhaji Eng. Aminu Amidu Suleman Has No Campaign Message
All Our Efforts Amounts To Nothing If We Don't Take Steps To Guard The 2020 December Polls Against The EC/NPP Rigging Conspiracy
The Dilemma Of The Ewes
The Cost Of Data Bundle: An Impediment To The Digitization Drive Of The Country
NDC, So Far, So Good, But…
A Quick Note To Lansana Kamara - The Very Talented Rapper Who Typifies Gomoa Buduburam's Camp Liberia's Digital-Native-Demographic
Nigerians In Diaspora Hope for Biafra's Political Autonomy
How the untimely demise of Mills derailed Ghana’s progress
COVID-19 Updates Live Dashboard
TOP STORIES