What Does The Decision To Lift The Lockdown Mean To Every Ghanaian? 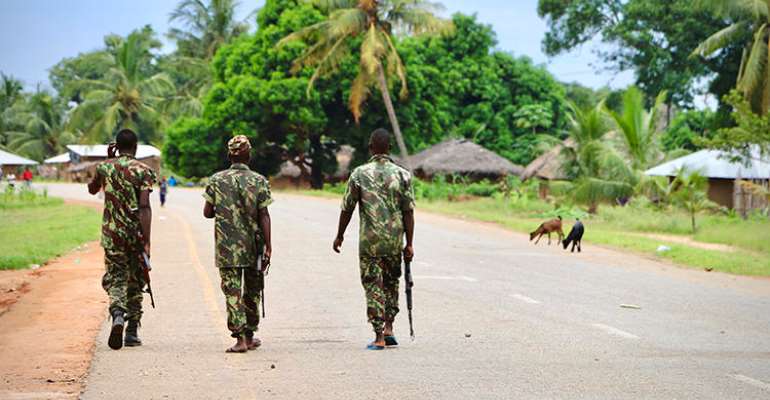 Call it Season 1 Episode 7 in the series of addresses by the President of Ghana in the wake of the outbreak of the global Pandemic- the novel coronavirus/ Covid-19. Significantly, the take away from this address is the lifting of the 3-week long lockdown.

The president of Ghana’s decision to lift the 3 weeks long partial lockdown has been greeted with mixed reactions. Whereas some jumped into streets to jubilate over the decision, others are questioning the rationale for the lift of the lockdown considering the number of cases in the country keeps on increasing almost on a daily bases.

Indeed, they were not alone in this dilemma. My cousin, a first-year high school student who might have heard of ratio and proportion equally asked me a question before the president’s address; “Bra Kwesi, so if with 30 cases, the president imposed a 3-week lockdown, what will be the number of weeks are we likely to be under lockdown in a situation we have over 1000 recorded cases?”…

During the address, she asked me …why is the president lifting the lockdown when we have 1042 cases? I believe this question is on the lips of some Ghanaians as well. So in this article, I set out to analyze the decision not based on simple Ratio and Proportional mathematical analysis but from a holistic point of view.

Why did the president lift the Lockdown directive when we have been recording larger figures? Did the Lockdown Achieve its desired outcome?

The president in his address has some of the answers to the above questions. He explains that “The decision to impose restrictions on movement was backed by the data at hand, and our next course of action, again, is backed by data and by science to achieve five (5) key objectives – limit and stop the importation of the virus; contain its spread; provide adequate care for the sick; limit the impact of the virus on social and economic life, and inspire the expansion of our domestic capability and deepen our self-reliance”.

To the president, “since the first two (2) cases of infections were recorded on our shores, we have, till date, traced some eighty-six thousand (86,000) contacts, out of which we have test results of sixty-eight thousand, five hundred and ninety-one (68,591) contacts. There is, thus, a backlog of some eighteen thousand (18,000) tests whose results are yet to be received. The overwhelming majority of these contacts have been established in the last three weeks of the partial lockdown in Accra and Kumasi”.

The president further mentioned that “from the 68,591 samples tested, we have been able to understand better the dynamism of the virus, map out its geographic footprint, and establish current and potential hotspots. We have also been able to isolate and educate asymptomatic carriers, and, thereby, help minimise the spread of the virus”. The moment also presented the president the opportunity to taut Ghana’s record of testing vis-à-vis other countries on the continent He said. “Indeed, Ghana is the only other country in Africa to have conducted more than sixty thousand tests, and we are ranked number one (1) in Africa in administering of tests per million people”.

From the above statements from the president, one would have little doubts on the impacts of the lockdown on the fight against the virus. One gets the sense that the decision by the president was indeed premised on advice from the relevant agencies such as the Ghana Health Service, Ghana Medical Association, and ultimately the World Health Organization. The WHO protocol, for instance prescribes a 3-week lock down, a 1week break before any further lockdown directive. So, to a large extent, the president is following the science of the lockdown.

In fact, it points to a positive picture that routine surveillance numbers are not increasing unlike the contact tracing numbers, meaning we could be ahead of the virus albeit the possible margin of error. So, the picture actually points to some positives from the lockdown.

However, beyond these beautifully presented data and an awesome picture painted by the president are the underlying stack realities. The realities that have made the decision to lift the ban not only a prudent one, but an inevitable one. Indeed, these are realities backed by experience and personal observations. Well the president himself acknowledged the hardships and difficulties the lockdown has brought to the poor and vulnerable. Stating; “this decision to restrict movement has occasioned a number of severe difficulties for all of us across the country, especially for the poor and vulnerable, and not only for those residents in the affected areas”

Basically, and truthfully, the nature of our economy could not have supported additional lockdown days. Our context cannot sustain a lockdown for long and the realities were beginning to show after the three weeks. Our economy, like many other economies in Africa is highly informal. According to the Finance Minister in his recent article, over 90 percent of the Ghanaian economy is informal.

What this means is that over 90% of the people eat what they earn on a daily basis in what is basically a hand to mouth economy. In such a situation, keeping people in their homes means there ought to have been an efficient welfare system in place. But you and I know that that is far from reality.

As a result of the partial lockdown, this economy has virtually been on a standstill and the state was at the same time required to spend a substantial amount of money it did not have to mitigate the losses. Reality is that the economy was grinding at a halt as businesses were collapsing. So, the president and of course the people of Ghana somehow found themselves in the uncomfortable place of choosing between the devil and the deep blue sea.

There were attempts at mitigating the losses from the economic hardships on the poor and vulnerable. These included the announcements on water, electricity and other measures, like the recently sharing/distribution of food Which I believe was not well thought through/ implemented.

The modalities in the sharing itself was not only unsustainable but counterproductive to the lockdown and social distancing protocols. People were virtually starving and that means it was not going to be long before people revolted or rebelled. Ɛkɔm yƐya! Nobody should underestimate this fact that there is a positive correlation between frustration and aggression.

We were almost getting to the brinks where people were risking their lives to defy police/ military orders, resulting in recent incidences police/military shootings. People were beginning to be frustrated, and it was because they were hungry.

Could we have copied other lockdowns elsewhere?

Many are those who argue that even developed countries with better and advanced health systems are in a total lockdown for the past 2 months. How come Ghana could not even complete a month of partial lockdown in our two major cities? Why are we lifting ours? Well, the president in one of his addresses clearly indicated that we could not have had had a copycat lockdown. That was an admission of the realities on the ground that we needed to vary our own lockdown to suit our situation. Indeed, the IMF, the WHO and other international organizations had cautioned of dire consequences if Africa copies the lockdowns as pertain elsewhere. The nature of our own 3 week partial lockdown was an indication that we did not want to go for any straitjacket lockdown formula and it should not be surprising to have it revised after 3 weeks.

Are there any political undertones?

Ordinarily, I would avoid such topics but certain reactions on my initial Facebook wall mean I needed to address it as well. Well before I do any analysis of a political undertones, I would like to reiterate that the ban on social gathering is still in force, including political rallies and campaigns.

But why will anyone read political meaning into a decision that is obvious to us all. Needless to say, though that our politicians, either in government or in opposition do not stop at anything to politicise anything. In the wake of the lockdown, there were images of politicians putting their posters on Veronica Buckets and sanitizers. As if that was not enough, even the bread, gari and suger were all wrapped with much more expensive stickers and posters than the original prices of the food item.