Select An MP Who Understands Cocoa Business—Stephen Donkor To Constituents 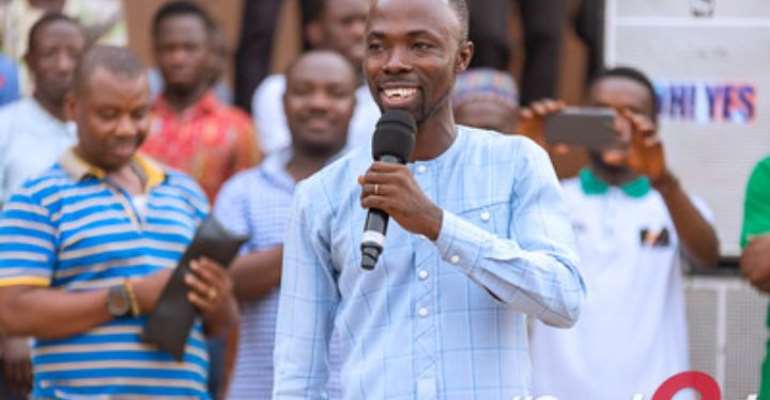 On December 7 this year, when you are selecting an MP, go for someone who understands cocoa farming, someone who is also an expert in gold mining. Stephen Donkor is the best bet for this task, the business adviser stated.

He made this appeal while speaking on Bibiani based Adehyie FM 100.3, Saturday evening's NDC hour program hosted by Kofi Gyabaah Bismark.

Having worked as a Tax and Treasury Manager for Armajaro Ghana ltd, now Ecom Ghana- one of the largest cocoa buying companies in the subregion, and attended many other conferences on cocoa farming, the astute young politician believes he is better positioned to understand the nitty-gritty of farming, the challenges faced by farmers and also knows how to transform the challenges into a multi-million dollar opportunity for all.

He posits that on his election as Member of Parliament for the area, he will commit his administration to mitigate the financial burdens farmers go through especially during the lean season.

Farmers work hard on the field to feed us, they are the bane of our economy. It is disturbing to learn of their sorry standard of living mostly during the off season. I have held discussions with relevant authorities to design a relief plan to lessen their burden, which we will roll out when given the mandate.

The Chartered Accountant and Finance expert turned politician is also the son of a successful cocoa farmer and has worked on the farm for several years, giving him first-hand experience in that regard. The Member of Parliament hopeful has also traded in gold for a number of years and is currently a partner in a gold dealership firm.

It is important to emphasize that majority of the population in Bibiani Anhwiaso Bekwai are farmers, and to them, this assuring news is most welcoming and refreshing. Our checks on the grounds reveal that farmers and miners alike are waiting upon the intelligent young man to cause a positive change in their livelihood.