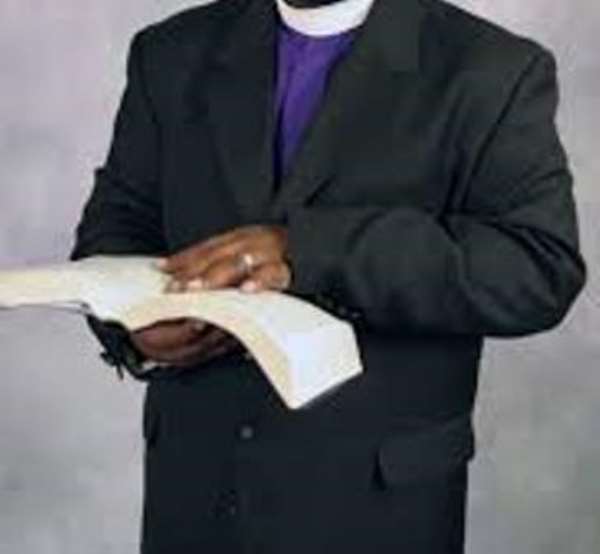 Ghanaian pastors in particular, and their Black African pastors in general, are conspicuously noted for preaching the word of fear into their congregations and their listeners. They have turned the gospel into some sort of a wicked monster and do portray God, the ever-loving, patient, enduring and kind Creator of humanity, into some sort of a callous and unforgiving Father ready to obliterate the existence of humanity from the surface of the earth.

The above has been the approach of most Ghanaian pastors and questionable prophets to communicating the word of God, thus the gospel, to Ghanaians. However, the pastors and the prophets are often found to be preaching these fear-instilling virtues in public while they themselves are actively practising vices openly or under the cover of darkness. To hell with these corrupt pastors and prophets that are feeding fat on the ignorance of Ghanaians and the abundant patience of God.

The economic downturn of most African countries must be blamed on their pastors who for the sake of collecting offertories and tithes, would have their church members troop into their churches seven days a week, and in the morning, afternoon and evening. How can these church members become economically productive to themselves and to the nation to generate the needed income to develop the nation? When by their succumbing actions to their oftentimes fake pastors and prophets they become poor, they turn around to blame the government and to seek freebies from the government. They then become envious of their successful hardworking neighbours and then resort to all evil means to bring genuinely successful persons down. Should I say, “Na nie ma kaden Kaden” to them? Is it a Hausa statement or what? I don’t know but used to hear it when I was growing up as a child among the Hausa friends at Kumawu zongo.

How I wish President Paul Kagame of Rwanda had come to rule Ghana for a month to reform Ghanaians’ attitude to church service. There are more rogue pastors and prophets in Ghana and Africa than in the rest of the world put together.

I am highly pissed off to hear and read about one Ghanaian pastor or prophet called Oduro. He is proclaiming that the church is not a place to feed the church members or better put, a place where the church members can expect to receive distribution of food in the wake of crisis like the novel coronavirus (Covid-19) that is killing many people and brought about nation lockdowns to many countries in the world. For him, it is a place to feed the soul with the word of God but not physical food.

Does he really understand the gospel? When the soul is fed with the word of God and the body is hungry, what happens next? Can a hungry person assimilate the word of God when preached to him or her? No!

Why would Jesus feed the multitude as in Matthew 14:13-21 but not send them away after healing them? This is for the quack prophet himself to answer. As usual, let me reproduce the quoted bible verse(s) here by making it handy to many that have no bibles.

13 When Jesus heard what had happened, he withdrew by boat privately to a solitary place. Hearing of this, the crowds followed him on foot from the towns. 14 When Jesus landed and saw a large crowd, he had compassion on them and healed their sick.

15 As evening approached, the disciples came to him and said, “This is a remote place, and it’s already getting late. Send the crowds away, so they can go to the villages and buy themselves some food.”

16 Jesus replied, “They do not need to go away. You give them something to eat.”

17 “We have here only five loaves of bread and two fish,” they answered.

18 “Bring them here to me,” he said. 19 And he directed the people to sit down on the grass. Taking the five loaves and the two fish and looking up to heaven, he gave thanks and broke the loaves. Then he gave them to the disciples, and the disciples gave them to the people. 20 They all ate and were satisfied, and the disciples picked up twelve basketfuls of broken pieces that were left over. 21 The number of those who ate was about five thousand men, besides women and children”.

There is another pastor/prophet in Ghana who in this critical period of Covid-19 ravaging havoc on people’s lives is still requiring church members to send food to their pastors instead of expecting the pastors to dig deep into the already collected offertories and tithes to assist the church members most of whom cannot go to work under the nation lockdown. He claims the tithes and offertories are for God. It really gets to me to hear these crook Ghanaian pastors always finding ways to fleece their congregations.

Does God need money and if yes, for what? I know some ignoramuses will come to tell me the money is needed to spread the word of God. Are these pastors spreading any word of God or preaching prosperity with intent to exploit their hearers of the word and their false prophecies?

The bible says, he who claims to love God but hates his brother or neighbour is a liar. Again, these Ghanaian pastors who are not ready to help their poor church members from the already collected offertories and tithes but would want to keep them for themselves while expecting the church members to continue to fulfil their financial obligations to the church and pastors in this Covid-19 period, I have the following gospel message for you.

The Son of Man Will Judge the Nations

31 “When the Son of Man comes in His glory, and all the [a]holy angels with Him, then He will sit on the throne of His glory. 32 All the nations will be gathered before Him, and He will separate them one from another, as a shepherd divides his sheep from the goats. 33 And He will set the sheep on His right hand, but the goats on the left. 34 Then the King will say to those on His right hand, ‘Come, you blessed of My Father, inherit the kingdom prepared for you from the foundation of the world: 35 for I was hungry and you gave Me food; I was thirsty and you gave Me drink; I was a stranger and you took Me in; 36 I was naked and you clothed Me; I was sick and you visited Me; I was in prison and you came to Me.’

44 “Then they also will answer {b} Him, saying, ‘Lord, when did we see You hungry or thirsty or a stranger or naked or sick or in prison, and did not minister to You?’ 45 Then He will answer them, saying, ‘Assuredly, I say to you, inasmuch as you did not do it to one of the least of these, you did not do it to Me.’ 46 And these will go away into everlasting punishment, but the righteous into eternal life.”

Don’t get me wrong, there a few genuine Ghanaian pastors and prophets out there but they do not publicise themselves and they do not exploit people but share the little that they have with the poor and needy. Yes, these are the men of God that God Himself and sensible Ghanaians need but not those fake ones announcing themselves on the media all of the time.