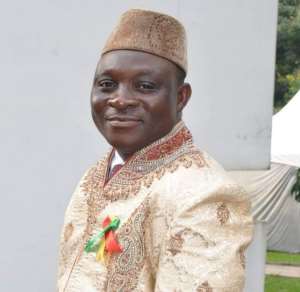 In Episode-1, we began the discussion with reference to the Supreme Court’s decision in J.H. Mensah v Attorney-General (1996-97) SCGLR. The Court’s decision was that the ministerial tenure of office under the 1992 Constitution is conterminous with the presidential tenure under the same Constitution. In other words, the term of office of the President of Ghana (4 years) is the same term of office of those who constitute the executive arm of government, that is the Vice-President, Ministers and Deputy Ministers. In effect, after expiration of his tenure, the President goes home with his Vice President and ministerial appointees. In episode 1, we equally provided a justified ground for this discussion. In this episode (Episode 2), we will further the discussion as follows until we reach the concluding parts. Enjoy the reading.

Is There Any Overt Constitutional Provision Relating To The Covid-19 Situation?

As it stands, there is no straightforward constitutional provision relating to the Covid-19 situation with regard to the subject matter of this piece (i.e. if election 2020 is not held due to social distancing practice, what happens?). The following provisions may however be examined subject to a Supreme Court Interpretation in future. In finding a cure for the scenario painted (if Covid-19 prevents the holding of the 2020 general elections before 6th January 2021), one can only turn to the Constitution, 1992. This is because the Constitution is the Supreme law of Ghana [article 1 (2)]. It is also the overall or apex source of law in Ghana [article 11(1) (a)].

Covid-19 is not a war situation so article 113 (2) is not the appropriate constitutional provision for Parliament to fall on in a situation where election 2020 is not held because of the pandemic. Simply put, article 113 (2) will not be applicable under the circumstance foreseen.

Interpretation of article 113 (3) is therefore a necessity for the Supreme Court. Perhaps we need to examine our electoral calendar and its related processes after this Covid-19 situation. If article 113 (3) will not be the solution under the imagined circumstance, then its corresponding article 113 (4) will also not be appropriate because Covid-19 is a pandemic and not a war situation.

Now, the logical questions to ask based on article 298 referenced ut supra are that:

Constitutional Grounds For Declaration Of State Of Emergency In Ghana

The grounds on which a state of emergency will be declared in Ghana are well stipulated in article 31 (9) to be a natural disaster and any situation in which any action is taken or is immediately threatened to be taken by any person or body of persons which:

The discussions so far point to the fact that there is no overt or clearly expressed constitutional provision touching on the situation whereby Covid-19 prevents the holding of the 2020 elections. Even though the scenario is imaginative in the interim, it is possible, mindful of the current pandemic happenings around the globe.

A discussion like this should therefore prick the thoughts of constitutional luminaries in Ghana to start thinking ahead of time. I thus invite all readers to the discussion table. I would love to read your comments as always in the comments section of the online portal that publishes my articles ( www.modernghana.com ). Until then, I say: