How Africa has developed its scientific research capabilities

By Moses John Bockarie - The Conversation 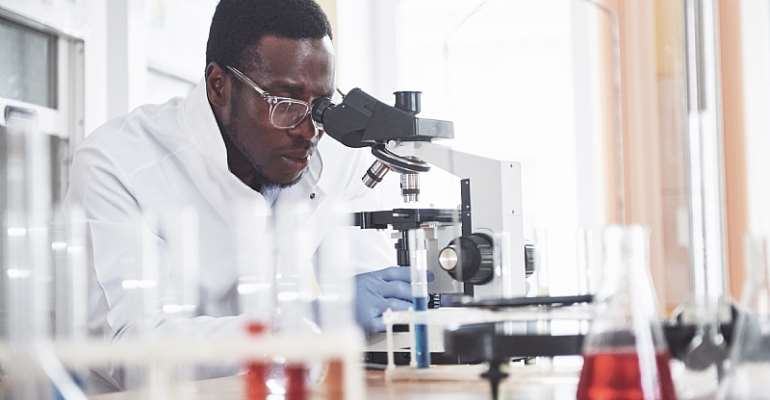 Scientists are better equipped to do ground-breaking research. - Source: GettyImages

Africa's preparedness for containing the spread of COVID-19 is determined by several factors. So far the focus has been on Africa's weak health systems. But the region's growing scientific competence in virology, genomics and cross-sectoral collaborations to perform research that will inform containment policies matter just as much. And they have been largely ignored.

The world is focused on the development of diagnostics, vaccines and drugs for COVID-19. In this context, it's important to look at how prepared African scientists and institutions are to lead clinical trials for vaccines and medicines.

Ground-breaking work is already underway. Africa – both at a continent-wide level as well at individual country level – is better prepared to perform research in emerging infections than during the Ebola epidemics in West Africa starting from 2013.

One example is the establishment of the Africa Centres for Disease Control . It was founded by the African Union in 2016 as a result of the West Africa Ebola epidemics. It is a specialised technical institution that supports public health initiatives of member states. It is also designed to strengthen the capacity and capability of Africa's public health institutions as well as partnerships. The aim is to make sure that African countries can detect and respond quickly and effectively to disease threats and outbreaks, based on data-driven interventions and programmes.

Many countries are also better equipped to do ground-breaking research.

Less than a week after the first confirmed case of COVID-19 in Nigeria local scientists reported the first genome sequence of SARS-CoV-2 from Africa. The sequence was immediately made available for use by the global scientific community.

On 1 March 2020, a specimen from Nigeria's first case of COVID-19 was sent to two of Nigeria's top research institutes. These were the African Centre of Excellence for the Genomics of Infectious Disease at Redeemer's University, and the Centre for Human Virology and Genomics at the Nigerian Institute of Medical Research for sequencing and molecular characterisation.

The turnaround time from sample receipt to sequence generation was three days. The genome cluster analysis was consistent with the travel history of the infected person who entered Nigeria from Europe. Sample processing and data analysis were a collaborative effort by several local institutions. Partners from outside Africa provided only limited support.

The establishment of many national public health institutes, with support from the Africa Centre for Disease Control and Prevention , created the regional environment for genomics work to be performed at scale using high throughput equipment.

The breakthrough showed that Nigeria has a high level of technical competence, processing speed, scientific rigour and openness.

In yet another example, South African researchers recently reported the genome sequencing of a local sample of SARS-COV-2 . Sequencing of SARS-CoV-2 has been performed in China, the US and Europe to determine the identity of the local strain of the virus.

Sequencing studies are important for detecting new forms of a virus if mutations occur. This is critical for surveillance to determine the spread of the virus. Data generated by genomic studies also inform the development of vaccines.

Read more: Most genetic studies use only white participants – this will lead to greater health inequality

These developments mark a significant change over the past seven years. For example, in the early phase of the Ebola outbreak in West Africa almost all genome sequences were performed outside Africa. African scientists worked as secondary participants. And before the Ebola outbreak in Sierra Leone in 2014 no national facility was equipped to perform the molecular assays required for diagnosis of viral infections.

But by 2016, laboratories had been established to perform genome sequencing locally. Many virologists and epidemiologists are now able to collaborate with skilled and equipped molecular biologists.

The Africa Centres for Disease Control is directing regional efforts in the research and management of the COVID-19 on the continent. In addition, the African Vaccine Regulatory Forum in the Regional Office of the World Health Organisation assists countries to audit proposals for clinical trials for vaccines and drugs. The aim is to protect the continent's intellectual property.

At the national level, the virology and genomic investigations carried out in Nigeria in March 2020 were coordinated by the Nigeria Centre for Disease Control.

Given the gravity of the COVID-19 threat, countries are offering funding for research on the continent. For example, the European and Developing Countries Clinical Trials Partnership launched a call for proposals to support research activities in sub-Saharan Africa to manage and prevent the spread of COVID-19. The partnership is funded by the European Union. The call budget of €4.75M includes funding from South Africa's Department of Science & Innovation.

Hopefully, this will encourage other African countries to commit funding for research on COVID-19 in Africa.

Moses John Bockarie works for EDCTP which is funded by the European Union. In addition to his honorary appointment at the South African Medical Research Council, he is also a Honorary Professor in the Department of Medicine, University of Cape Town, South Africa, and an Adjunct Professor at Njala University, Sierra Leone. He previously received funding from the UK Department for International Development