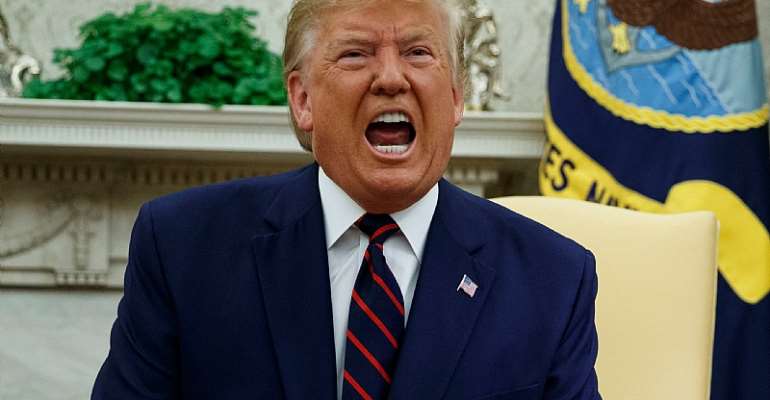 “I thank President Trump for granting this extension and ensuring that thousands of Liberians – many of whom already submitted their paperwork – don’t fall into a bureaucratic gap during this pandemic,” said Senator Reed. “Many Liberians in America are working around the clock in health care, senior care, and other key fields. This extension means they won’t lose their work authorization status at a critical time and it protects them from losing access to their driver’s licenses, bank accounts, or other things that require having legal status. “

Senator Reed wrote the law creating a path to citizenship for thousands of Liberians who have been living in the United States for years and paying taxes.

The LRIF was enacted into law as part of the National Defense Authorization Act for Fiscal Year 2020 (P.L. 116-92), and allows eligible persons to apply for lawful permanent status and employment authorization through December 20, 2020. For eligibility, applicants must submit an application within one year of enactment, have been living in the U.S. continuously since November 20, 2014, have not been absent for more than 180 days in aggregate, and otherwise be eligible and admissible for permanent residence. Spouses and children of eligible Liberians may also apply for adjustment of status. The law also allows individuals to immediately apply for citizenship, if their green card application get approved, and they have already been here for at least five years continuously.

After the law passed, U.S. Citizenship and Immigration Services announced it would allow expedited processing of work authorizations for some Liberians, but only if they file before March 30th, when DED expires.

Office of the Press Secretary
FOR IMMEDIATE RELEASE
March 30, 2020
MEMORANDUM FOR THE SECRETARY OF STATE
THE SECRETARY OF HOMELAND SECURITY
SUBJECT: Extending the Wind-Down Period for Deferred Enforced Departure for Liberians

Since March 1991, certain Liberian nationals and persons without nationality who last habitually resided in Liberia (collectively, "Liberians") have been eligible for either Temporary Protected Status (TPS) or Deferred Enforced Departure (DED), allowing them to remain in the United States when they would otherwise be removable.

In a memorandum dated March 27, 2018, I determined that although conditions in Liberia had improved and no longer warranted a further extension of DED, the foreign policy interests of the United States warranted affording an orderly transition ("wind-down") period to Liberian DED beneficiaries. In a memorandum dated March 28, 2019, I determined that an additional 12-month wind-down period was appropriate. By the terms of my memorandum, the wind-down period expires on March 30, 2020. In making my determination, I noted that there were efforts underway by Members of Congress to provide legislative relief for Liberian DED beneficiaries, and that extending the wind-down period would give the Congress time to consider the propriety of enacting such legislation.

On December 20, 2019, I signed the National Defense Authorization Act for Fiscal Year 2020 (Public Law 116-92) (NDAA), which included as section 7611, the Liberian Refugee Immigration Fairness (LRIF) provision. The LRIF provision provides certain Liberians, including those who have been continuously present in the United States since November 20, 2014, as well as their spouses and children who meet the criteria of the provision, the ability to apply to adjust their status to that of United States lawful permanent resident (LPR). Eligible Liberian nationals have until December 20, 2020, to apply for adjustment of status under the LRIF provision.

I have, therefore, determined that it is in the foreign policy interests of the United States to extend the DED wind-down period for current Liberian DED beneficiaries through January 10, 2021, to facilitate uninterrupted work authorization for those currently in the United States under DED who are eligible to apply for LPR status under the LRIF provision.

The relationship between the United States and Liberia is unique. Former African-American slaves were among those who founded the modern state of Liberia in 1847. Since that date, the United States has sought to honor, through bilateral diplomatic partnership, the sacrifices of individuals who suffered grievous wrongs in the United States, but who were determined to build a modern African democracy mirroring America's representative political institutions. As President, I am conscious of this special bond. Providing those Liberians for whom we have long authorized temporary status or deferred enforced departure in the United States, and for whom the Congress has now provided the ability to adjust status to that of lawful permanent resident, with the ability to continue to work to support themselves while they complete the process to adjust their status, honors the historic, close relationship between our two countries and is in the foreign policy interests of the United States.

Pursuant to my constitutional authority to conduct the foreign relations of the United States, I hereby direct the Secretary of Homeland Security to take appropriate measures to accomplish the following:

(1) A continuation of the DED wind down period through January 10, 2021, during which current Liberian DED beneficiaries who satisfy the description below may remain in the United States; and

(2) As part of that wind-down, continued authorization for employment through January 10, 2021, for current Liberian DED beneficiaries who satisfy the description below.

This further extension of the wind-down of DED and continued authorization for employment through January 10, 2021, shall apply to any current Liberian DED beneficiary, but shall not apply to Liberians in the following categories:

(2) Individuals who sought or seek LPR status under the LRIF provision but whose applications have been or are denied by the Secretary of Homeland Security;

(3) Individuals whose removal the Secretary of Homeland Security determines to be in the interest of the United States, subject to the LRIF provision;

(4) Individuals whose presence or activities in the United States the Secretary of State has reasonable grounds to believe would have potentially serious adverse foreign policy consequences for the United States;

(5) Individuals who have voluntarily returned to Liberia or their country of last habitual residence outside the United States beyond the timeframe specified in subsection (c) of the LRIF provision;

(6) Individuals who were deported, excluded, or removed before the date of this memorandum; or

(7) Individuals who are subject to extradition.
The Secretary of Homeland Security is authorized and directed to publish this memorandum in the Federal Register.