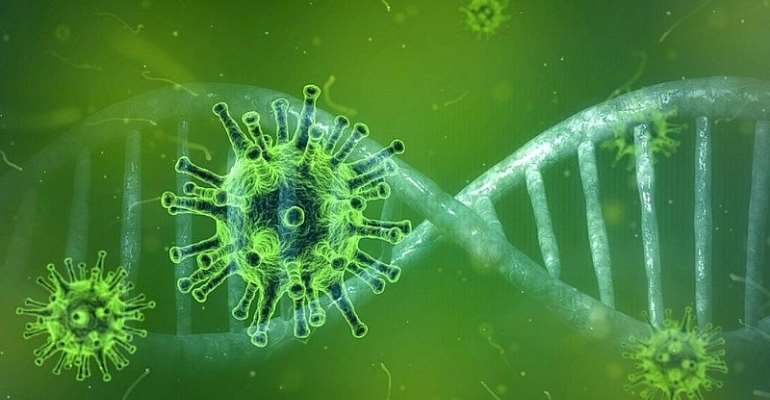 My biggest worry, at the moment, concerns the availability of “Personal Protection Equipment” (PPE) for the doctors and other health personnel, upon whom we are depending so heavily to save us from the effects of CORONAVISUS.

The truth of the matter is that these professionals are usually so concerned with fulfilling their oaths and/or obligations that they won't make any noise about their own safety but depend on others to protect them, it being so obvious that no-one can survive the pestilence if there are no doctors and nurses to diagnose and then treat him/her.

On this issue of protecting our health personnel, I am dismayed to find that in a country like the United Kingdom (which has so much expertise in these matters that our institutions and their personnel are always clamouring to obtain training there!!) an incident like the one in the following report should occur: QUOTE:

“The deaths of the first British doctors from Covid-19 have intensified pressure on ministers to accelerate the supply of protective equipment and address growing fears among front-line staff that they risk catching and spreading coronavirus.

“As the UK’s death toll from the virus rose to 1,228 over the weekend, two surgeons were confirmed to have died in what the NHS medical director described as “a stark reminder to the whole country that we all must take this crisis seriously”.

“....a 55-year-old ear, nose and throat consultant, died on Saturday at Leicester Royal Infirmary, while [a 63-year-old] organ transplant specialist, died on Wednesday at West Middlesex University Hospital in London, it [has] emerged. Both had contracted Covid-19.

“As they mourned the death of their colleagues, doctors’ and nurses’ groups attacked continuing shortages of protective equipment – from masks to gowns – and complained that there was still confusion despite fresh official guidance about their proper use. There were further calls to ramp up testing of NHS workers.

“Jenny Harries, [UK'S] deputy chief medical officer, said fatalities were expected to increase. With Britain beginning its second full week under effective lock-down, she indicated that normal life was not likely to resume for three to six months – and “it is plausible it could go further than that” (she cautioned.)

“On Monday, the public was asked to stop all non-essential travel, work from home if possible, and limit exercise to once a day, with a ban of gatherings of more than two people. All pubs, restaurants, cafes, cinemas and gyms have been told to close.” UNQUOTE

Over here at home, i listened attentively to a briefing that was given by the Minister of Health and his group, as well as the army, immigration and police representatives, at the Ministry of Information, on Sunday. The Honourable Minister for Information, Mr Kojo Oppong Nkrumah, MC'D the proceedings with cool professionalism: he's mastered every aspect of what is one of the most technically-challenging crises in our nation's history. I say well done to him.

The army and police representatives made it known to the public that the partial “lock-down” exercise, which they are helping to administer, is a “humanitarian”, and not a punitive, one. Everyone should therefore rest at ease and co-operate with them. Just obey the instructions issued by the professionals and everything will be ok. Where there is confusion in the mind of anyone, care will be taken courteously to explain matters. But, of course, “recalcitrant elements in the society” can expect tough handling.

What shocked me was the revelation by a top Immigration capo that up in the Northern parts of Ghana, and also in the border areas with Togo, individuals from neighbouring countries were being smuggled into Ghana – usually by Ghanaian transport operators. Some of them had tested positive. They were arrested and sent packing.

Now, In a way, it is a compliment to Ghana that people from neighbouring countries should want to come here to escape COVID-19. That means they have more faith in our ability to deal with the disease than they have in the systems of their own countries.

But that shouldn't flatter us: they are coming here to enjoy the fruits of our economy, whereas they haven't contributed to it!

We Ghanaians pay taxes to provide money to the Ministry of Health to employ health personnel and provide us with drugs and equipment. If people who don't pay taxes in Ghana come to make use of our facilities, it means those facilities will run dry and be denied to Ghanaians when Ghanaians need them.

Ghanaians who assist these illegal entrants to Ghana may think that they are obtaining an advantage by charging them [presumably] high transportation fees.

But what they are doing, in reality, is like Ananse playing a game [such as oware] with himself and cheating.

Who knows whether the transporter who smuggles people into Ghana might not be infected with COVD-19 by them?

And when he goes to a hospital in Ghana, after being attacked by the disease, and he finds that there is no treatment available for him, whom can he blame? Only himself, not so? There is something called karma, which never fails, mysteriously, to even matters up for cheats in the community.

I want now to address an unsavoury matter which has, unfortunately, reared itself on the Internet – especially, on social media. Of course, we are all entitled to our political views, and can attack members of the Government as and when it pleases us.

But please, let us remember one of the most sensible sayings our ancestors left for us, namely, that : “He who is cutting a path through the bush, will not know that the path is crooked behind him.”

The path might be crooked behind him, not because he is so daft that he doesn't know the difference between a straight path and a crooked one, but because, in his enthusiasm to create the path as quickly as he can, he's only been looking at the vegetation ahead of him, and thinking of ways of cutting that down quickly. Back matters, when the adrenalin is running in a human, do become back matters!

Someone standing by, on the other hand, is privileged to possess a cool, panoramic view of the whole exercise and will be able to point out where it has gone wrong. Without saying so, the proverb suggests that it is easier to point out what's gone wrong than rectify it.

What, for instance, prevents the one who has seen that the path behind the mower's back is crooked, from taking a cutlass himself and straightening it, as the original weeder continues to forge ahead?

So, let us watch those in whose hands our salvation now lies, with empathy and a bit of sensitivity.

Of course, we must ask them hard questions, and not be satisfied with weasel answers. But we mustn't give the impression that we are so clever that we want to prove to the front-line teams that they don't know what they are about.

Calm, courteous co-operation; an appreciation that no-one has all the answers; and a determination to be our “brother's keeper”: these are the virtues we need today that will guarantee us success in our battle against the horrible disease called COVID-19.