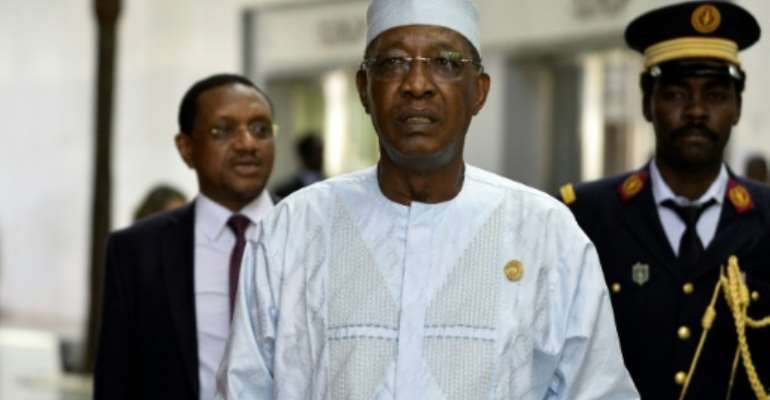 The jihadist group Boko Haram this week killed almost 100 soldiers in Chad, badly denting the reputation of an army that President Idriss Deby Itno presents as a regional bulwark against terrorism.

"Bohoma will long be a scar on the face of the army," said a Chadian officer who asked not to be named, after Monday's assault on a base on the Bohoma peninsula in Chad's Lake province.

In the Lake Chad region where the borders of Chad, Nigeria, Cameroon and Niger converge, the Nigerian jihadists have this year stepped up attacks, drawing on their knowledge of the marshland and its many scattered islands.

An army used to handling suicide attacks and lesser raids found itself fighting for more than seven hours to stop a dawn offensive by Boko Haram.

The jihadists arose in Nigeria in 2009 before taking their insurgency to neighbouring countries, inflicting escalating losses in lives and economic damage.

At least 98 soldiers were killed, according to the latest official toll. The defeat was the biggest sustained by the Chadian military in one day.

Deby, a military man and former army commander-in-chief who ousted president Hissene Habre in 1990 and took his place, travelled swiftly to the Lake Chad basin to take charge of operations after the attack.

"I reject this defeat and the response must strike like lightning," he said on national television, acknowledging that the army had never known such losses since he became head of state.

Across the border that same day, the Nigerian army took a heavy blow when another branch of the jihadist front, the Islamic State West Africa Province (ISWAP), killed at least 70 soldiers in an attack on a convoy. 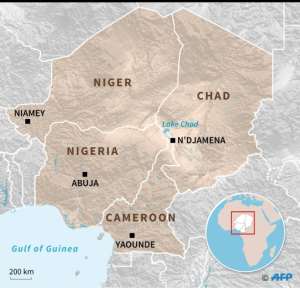 Where four nations meet: The Lake Chad region, a focal point for the jihadist campaign in the Sahel. By Jean-Michel CORNU (AFP)

The Chadian president "adopts the stance of a warrior", said Marielle Debos, a researcher at Paris-Nanterre University, pointing out that the army has an especially important place in society.

While a civilian Deby has been returned to office in elections every five years, he presents himself as a soldier both at home and abroad, wanting to be seen in the West as the ideal ally to combat regional jihadists.

"We must deconstruct the myth of the invincibility of the Chadian army", said Marc-Antoine Perouse de Montclos, director of research at France's Research Institute for Development (IRD).

In his view, Deby's forces are more like "warriors than a trained and well-equipped military".

Failings in the army became apparent in 2008, when rebel forces swept across the country from the Sudanese border and entered the capital, almost succeeding in overthrowing Deby. He was saved only by French military intervention.

"There's no doubting that it's one of the most experienced armies of the region, even if that doesn't mean that it operates by Western standards," said Vincent Foucher, political scientist at the National Centre for Scientific Research (CNRS) in Bordeaux.

"But the Chadian army is deployed on several fronts at once and the Lake area has apparently seen cutbacks in recent times."

"This regime has many preoccupations apart from the rebellions of Lake Chad, which have little chance of toppling the regime," added Perouse de Montclos.

Other rebel groups are stationed in the distant north on the far side of the Libyan border, apparently determined to remove Deby from power.

Chadian soldiers are active in the Sahel outside the country. N'Djamena promised to send a battalion — 480 men — to the vulnerable territory where the borders of Mali, Niger and Burkina Faso meet, to fight jihadists there. 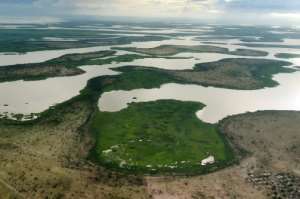 "The garrison at Bohoma was drawn down, the troops were headed towards the three borders," a senior officer said on condition of anonymity.

"Why did they cut back equipment in such a risky military outpost?" asked Succes Masra, an opposition politician who also passes on complaints from the soldiers about a lack of means, including recurrent pay delays.

The president "has to rent out his army by sending it abroad, such as in the three-border zone," said Perouse de Montclos.

But Deby "needs to think about the redeployment of his troops", said Remadji Hoinathy at the Institute of Security Studies (ISS).

The assault "shows that the group (Boko Haram) has pretty strong military capabilities... (especially) in information and intelligence," Hoinathy said.