COVID-19: the cure could be worse than the disease for South Africa

By Seán Mfundza Muller - The Conversation 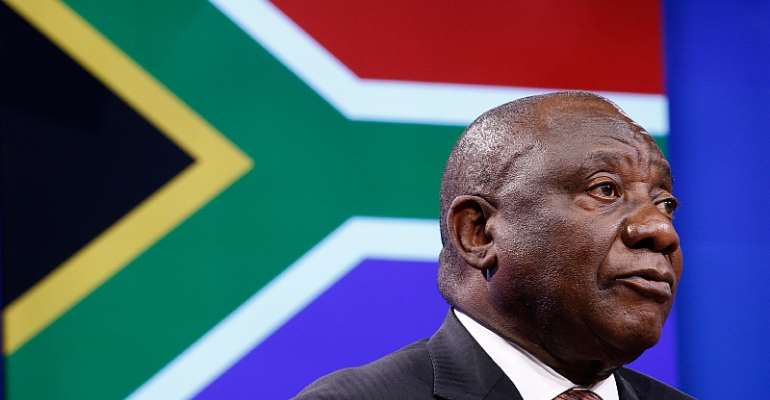 As the new coronavirus SARS-CoV-2 spreads worldwide, some governments have taken rapid and unprecedented action . Others, led by bigoted leaders who disparage science and expertise, have been characterised by inaction . But extreme situations in countries like Italy and China have fuelled a strident 'conventional wisdom' which holds that governments and societies should respond through drastic measures .

President Cyril Ramamphosa has announced a nation-wide shutdown , starting on the 27th of March, during which individuals must stay at home for 21 days. Exceptions are made for absolutely necessary activities and for categories of workers required to keep South Africa functioning at a bare minimum social and economic level.

Some epidemiologists (experts in the spread of disease) whose only concern is to stop the virus spreading, recommend the complete shutdown of economies . The case for doing so can be supported by various sophisticated models. And Ramaphosa cited 'modelling' as the primary basis for his decision but gave no substantive detail.

Yet similar conclusions can be reached for any transmissible disease. Take HIV transmission. It could be stopped permanently by banning sexual activity and blood transfusions. But, if enforceable and without artificial insemination, that would ultimately lead to an end to the human race.

That absurd example illustrates the complexity of a real-world challenge of fighting disease transmission. Epidemiology is just one tool of public health policy. And public health decisions ultimately need to consider the broader social and economic context. While Ramaphosa's decision reflects consideration of such factors, and measures to offset the associated harms, there are reasons to believe the promulgated measures may be excessive and premature.

It is important to start by recognising that poverty also kills people. Economic history shows that shocks cause rises in mortality and declines in many measures of well-being. The associated social unrest also harms and kills people. So drastic social and economic measures against a virus can have immediate and longer-term negative effects on health and mortality that offset the basic purpose: to protect the lives of citizens and residents.

The policy choice is not, as some would suggest, between lives and profit. That is a false binary. In any economic system, the lives of the majority of the population depend, directly and indirectly, on economic and social activity.

What must not happen is that measures to prevent deaths, and other harms, of the COVID-19 end-up causing greater harm. That is a principle that is critical at the global as well as the national level.

Many calls for drastic action reflect little understanding of the delicate balance that governments have to strike. That balance is even harder in developing countries with less resources and more vulnerable populations.

In South Africa, a large part of the working age population is unemployed and depends indirectly on the economic activity of others. That economic activity, especially of low paid workers and small businesses, is often precarious. Existing measures were already taking an unprecedented toll on services industries, including tourism, hospitality and transport. Retailers of items besides food and essentials were also being hit. And those effects will ripple into the rest of the economy.

The more stringent measures announced will have much wider impact. A sustained shutdown of, or decline in, economic activity will lead to retrenchments or salary reductions for permanent workers in the manufacturing, mining and agriculture sectors.

The Unemployment Insurance Fund is sensibly being positioned to offset some of the consequences of interventions. But the stock market collapse means that this is not a great time to cash-in the fund's broader surplus.

Government finances are already under unprecedented strain , making it harder to mobilise resources to the same degree that some developed countries are currently doing. The decline in economic activity will lead to a large drop in tax revenue. This will compound an already difficult situation in which the upward trajectory of national debt is no longer expected to stabilise .

And steps by South Africa's finance minister Tito Mboweni to get the public sector wage bill down could have serious implications for the health sector where there are already staffing shortages. And that could negatively impact on government's ability to build political consensus at this crucial time.

So there are clear dangers of an economic 'sudden stop' at a time when public finances are precarious. But there are also risks to national and global financial systems . At the national level, if individuals and companies cannot service their debt, there will be insolvencies and pressure on the banking system. South African banks are relatively well-capitalised and the South African Reserve Bank has some capacity to help through monetary policy .

But South Africa is less able to imitate the massive commitments of developed country central banks.

Unintended consequences and the importance of timing

The final critical issue, which is poorly appreciated, is that there is a big gap between the theory and intention of policies and actual outcomes. Will containing people in their homes and communities lead to a stop, or large reduction in, transmission in all contexts? If the current lockdown fails to drastically curb transmission, which is possible, it would layer one disaster on another. Will communities comply with lockdowns? For how long? What implications will there be for what happens within households?

Nothing is certain and very little is obvious.

People will be stuck at home: children will not have access to school meals, sexually active people will not get government-issue condoms, those needing medicine (including anti-retrovirals for the treatment of HIV) and access to medical facilities will face a lack of transport, social grant recipients may have difficulty accessing the funds that keep them and their dependents alive, those with abusive partners will be less able to protect themselves, inadequate services in poor communities may deteriorate even further. The government says it will address almost all these things but existing service delivery failures at every level belie that confidence.

All these things could lead to serious harms. And if residents do not respond as government would wish, even trying to enforce lockdown measures in vulnerable communities could facilitate the spread of COVID-19 in those communities and among law enforcement officers.

Linked to all this is the question of timing. Drastic measures cannot be sustained for long periods so when to implement them is crucial. Even where there is merit to shutting down large parts of the economy, economic activity cannot be shut down indefinitely. If transmission is not adequately curbed, the country may exhaust various resources by the time the potentially more dangerous winter period arrives.

Weighing up the threat against the consequences of action

Some people believe that COVID-19 is so bad that any measures are appropriate. But that is not supported by current evidence . Stories of individual hospital wards in parts of Italy – with large numbers of high risk elderly citizens – and graphic descriptions of how individuals die of COVID-19 do little to help understand the overall threat and are arguably misleading.

Calls for drastic measures sometimes assume that these will lead to a rapid halt in transmission but that is not obvious, because of issues related to the problems of timing and behaviour. Government's stated strategy, focused on 'flattening the curve', aims first-and-foremost to prevent a spike in the number of cases that would overwhelm the healthcare system with dire consequences for other critical care. Reducing the total number of deaths from COVID-19 itself is, therefore, only a secondary objective of the strategy – as evidenced by the health minister's statement that he ultimately expects 60%-70% of South Africans to be infected.

The decisions needed are certainly difficult. Government has had to weigh the costs and consequences of more drastic interventions against the likelihood that they will dramatically reduce the local impact of the pandemic. But in the absence of evidence that has withstood public scrutiny, Ramaphosa may have gone too far.

South Africa had already arguably erred on the side of caution from a spectrum of measures. The creative measures to support firms, workers and individuals are certainly necessary and create some space – though correspondingly drastic measures such as taxes on those with higher, stable incomes have been foregone in favour of requesting charitable contributions to a 'solidarity fund'.

But, as things stand, the concern remains that the supposed cure could yet be worse than the disease.

Seán Mfundza Muller receives funding from a European Union-funded project, "Putting People back in Parliament", led by the Dullah Omar Institute (University of the Western Cape), in collaboration with the Parliamentary Monitoring Group, Public Service Accountability Monitor (Rhodes) and Heinrich Boell Foundation (South Africa). He is affiliated with the Public and Environmental Economics Research Centre (University of Johannesburg), regularly making inputs to Parliament oversight of the national budget, advising civil society groups on public finance matters and consulting for private sector organisations on an ad hoc basis. He resigned from the South African Parliamentary Budget Office in 2016. The views expressed are his own.

By Seán Mfundza Muller, Senior Lecturer in Economics, Research Associate at the Public and Environmental Economics Research Centre (PEERC) and Visiting Fellow at the Johannesburg Institute of Advanced Study (JIAS), University of Johannesburg