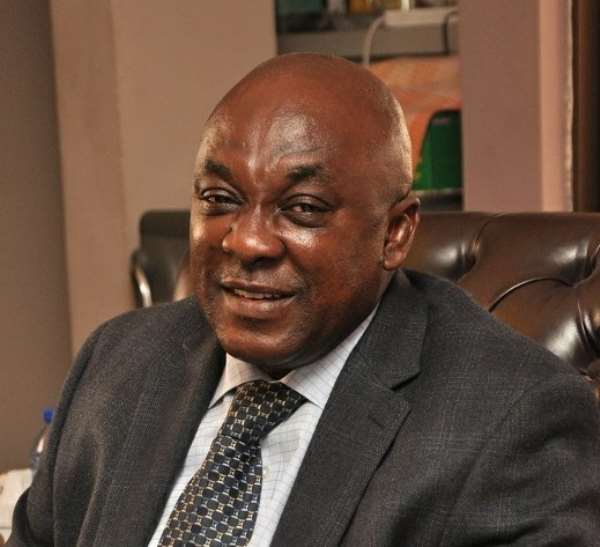 One of the two persons contesting the incumbent Member of Parliament for Tema West for the 2020 Parliamentary ticket of the ruling New Patriotic Party (NPP) has hinted that his participation is only a formality.

Mr. Keku Armquasia Armuzuah, explained that he was a contender of Mr Carlos Kingsley Ahenkorah in order to enrich internal democracy in the NPP.

“The sitting MP has contributed so much and even if I were in the NDC, I would choose him over any other Candidate. However, it is also important that we keep exercising the rich internal democracy of the NPP. I am in the race because our democracy must be sharpened,” Mr. Armuzuah said.

Speaking to the Ghana News Agency in Accra on his prospects in winning the slot for the constituency, Mr Armuzuah said after the race was completed, he would put all his support behind the winning candidate to ensure that the NPP maintained the Tema West seat, which had become exclusive to the NPP.

Mr. Armuzuah is the second contender who has stepped up to contest Mr Carlos Ahenkorah for the 2020 Parliamentary ticket of the NPP in Tema West.

As a Union Secretary of Ghana Ports and Harbours Authority workers, his entrance into the race has largely been seen as a misadventure as the incumbent MP, Carlos Ahenkorah, is far leading in opinion polls.

He said although there are some who have suggested that his entrance into the race was an unnecessary distraction and that it would serve better purpose, if he stepped down and allowed the incumbent MP do a straight race with Kwesi Poku Bosompem, democracy thrived on the freedoms of speech and association.

Mr. Armuzuah explained that even though he would readily support a Carlos Ahenkorah candidature, “It is important that we ensure the democratic culture in the NPP does not become bland.

“I'll never step down for Kwesi Poku I am contesting in this primary for the democracy, not for any acrimonious moves to pull down anybody. Whoever wins, will have all of my support as a Founding member of the NPP, who became a member in the beginning of the fourth Republic,” he said.