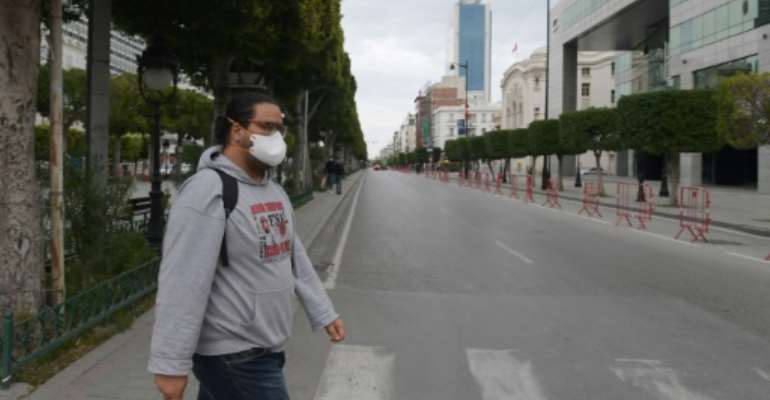 A man wears a face mask to protect against the COVID-19 disease in the Tunisian capital Tunis, where a curfew has already been imposed to stem the spread of the virus. By FETHI BELAID (AFP/File)

Tunisian President Kais Saied on Friday declared a nationwide, round-the-clock self-isolation of inhabitants to combat the spread of the novel coronavirus in the country, after an increase in confirmed cases.

The start date and implementation of the self-isolation will be specified by the government later on Friday, the presidency told AFP.

During the day, everyone should stay home and only go out in cases of "extreme necessity", Saied said in a televised address.

Tunisia has so far reported 54 confirmed cases of the COVID-19 disease and one death.

Movement between regions has also been banned except for cases with a "legitimate reason", the president said.

Supermarkets will be closed but shops and convenience stores will be supplied, he added.

Saied also announced the closure of industrial areas with large numbers of employees.