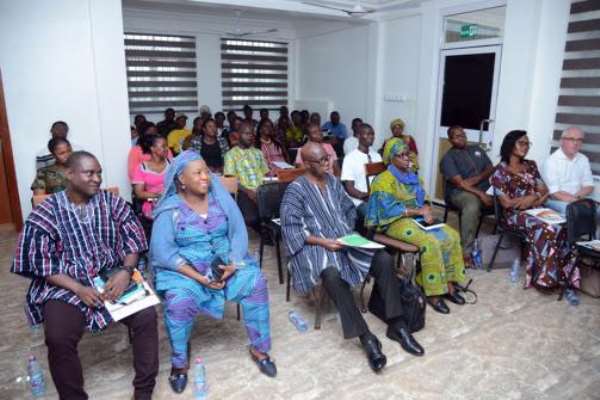 Amaati Company limited has supported some 3,000 farmers in the Northern region to cultivate fonio.

The move is aimed at strengthening food security in the region.

The company supported farmers with funds, seedlings, labor and market to enhance the cultivation of fonio in the region.

Fonio is a type of crop that withstands any type bad of climate impact, hence can be cultivated under any weather and it naturally grows and does not need fertilizer or chemicals to grow it.

The Chief Executive Officer of Tibzaa Farms, Sintaro Mahama, told journalists that the nutritional composition of fonio is greater than rice, maize and other cereals.

According to him, fonio is one of the crops that one does not necessarily need fertile lands to cultivate, adding that so it would not be in competition with any crop.

“When you go to Chereponi , Saboba areas,women and the youth depend on fonion because it's a deprived area and they do not have the necessary resources to farm other crops”.

He was of the view that should farmers in the region take advantage of fonio farming, they will be able to create more employment for others in their various communities and surroundings.

“This will be empowerment to the disadvantaged who are primarily vulnerable women and youth because it's a low cost production and the potential is high”.

Mr. Mahama said the kind of input required for production of other cereals , fonio rather needs little to be about to produce it adding that anything that rice , maize can do , fonio can do it better.

At a stakeholder workshop held in Tamale on the theme, “Sustainable food for all, the role of nutritionists and deiticians,” Amaati company Chief Executive Officer, Salma Abdulai , said the environment is becoming degraded and called on Ghanaians to invest in food that creates sustainable production modules for future generations to benefit.

“We are a company that promotes the production of fonio because fonio adds nutrients to the soil which means when you grow fonio for two years, you can still grow any other crop you want which will regenerate the degraded land”.

The Coordinator of the West Africa Centre for Water, Irrigational and Sustainable Agriculture, Prof. Saa Dittoh, at the University for Development Studies(UDS) Nyankpala indicated that Ghana spends some much money promoting rice, maize and soybeans excluding fonio which is nutrient-rich and can ensure food security in the country.

According to him, agriculturalists, nutritionists and deiticians should rather improve on what farmers and processors do instead of trying to replace what they do.

“ Anytime we try to replace what is on the ground it doesn't work but if we find out go to improve what we already know it works”.