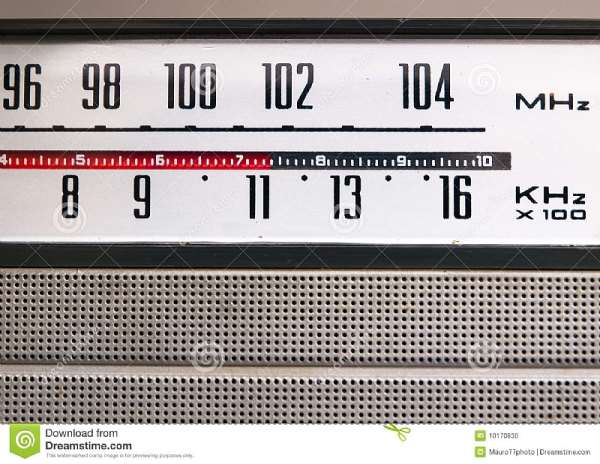 Let us not forget the fact that visually, video is to Television as audibly, audio is to Radio.

So Facebook Live from a radio station’s broadcast becomes another form of television due to the video.

When watching a program on a Television, one would realise that the actions and visions of the characters change in between times in accordance with the script to capture the attention of its viewer or viewers.

In a radio scenario, it does not work out like television. This is so, because the power of radio is to capture not only the attention of the listener but their ‘IMAGINATION’ as well.

This simply and arguably means, the buck of the presenting, hosting or presentation, firstly stops with the presenter’s voice. Secondly their command and control of the program or show and lastly their uniqueness.

As and when a presenter or host is aptly able to deliver the above mentioned presentational skills and qualities on the Airwaves then, they will be able to capture the attention and imagination of the listener.

In this case, listening to radio from a listener’s point of view becomes ‘The theatre Of The Mind’ relatively to that particular individual.

It is of course ‘The Theatre of The Mind’ because the listener’s mind is so busy conjuring and gesticulating with so much ‘IMAGINATIONS’ of everything the host or presenter does.

Just remember the idiomatic expression that says: “What The Eyes Don’t See, The Heart Does Not Grieve Over.”

So the multimillion ample question becomes, is it better to switch on the radio station’s cameras when broadcasting, or switch it off by leaving everything to the total ‘IMAGINATIONS’ of the listener.

The important and remarkable thing about radio and its broadcasting is that, it has two major school of thoughts by its practitioners.

One school of thought is that, some radio presenters present their shows thinking of the listenership as audiences. No big deal here if so. Because they have put all of their various listeners together as one big or large audience.

Traditionally it was so, because buying a radio set then was expensive and deemed as a great luxury so was listened to in groups and droves just as Television was watched or viewed back then.

Fast forward economic evolution and modernity in the current world, where purchasing a piece of radio set, is arguably next to nothing depending on which part of the world one finds themselves.

And this is where, the second school of thoughts come for the listener to be treated as one ‘Individual-Listener’.

When referred to as that ‘Individual Listener’ the listener immediately feels that warmth and closeness to the host or presenter, as if they know each other.

How would a radio presenter or host know if their listener has or listeners have spoken well of them due to their radio skills and qualities?

Switch on the radio station’s broadcasting cameras and ‘kill’ the listening buzz. As a radio host or presenter do not forget the fact that ‘Familiarity Breeds Contempt’.

So in this case, when is it appropriate to ‘Switch on the Radio Station’s Broadcasting Cameras for Facebook Live?

Only when one is sure to replicate exactly what goes on when watching a Television program with regards to the actions of the characters.

In this light, the radio presenter needs or presenters need to be changing actions in order to maintain attention and attraction not to the listener anymore but the viewer, because the cameras are on as ‘Visual Radio’ or Television.

In all, Facebook Live came to enhance the medium of radio broadcasting when properly used to its fullest potential as Television.

If not used sensibly, then Facebook Live Broadcasting from a radio station nudges and dislocates all the facts, postures, structures, beauties, magic, theatrics and the other advantages of radio and what it stands for.

So in comparison, which of the two preferences do one go for?