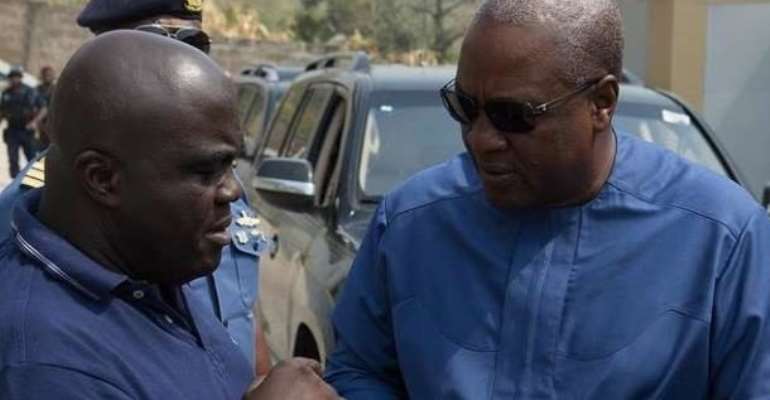 A former Chief of Staff Julius Debrah has turned down an offer to be appointed running mate to flagbearer of the opposition National Democratic Congress John Dramani Mahama.

With less than 10 months to the general elections this year, the question of the former president’s running mate for the upcoming polls has been on the lips of many in recent times.

However, a failed presidential aspirant of the NDC, Mr Steven Atubiga has disclosed to Blessed Sogah, host of Class 91.3 FM’s current affairs programme ‘State of the Nation’ that Mr Debrah the preferred candidate has refused the offer.

“Put me on record that former chief of staff Julius Debrah turned down the opportunity of becoming our running mate,” Mr Atubiga said.

Asked why Mr Debrah refused the position, Mr Atubiga explained: “He thinks he’s too young, he has a lot to do and he wants to serve the president at the background and his dream is to work.

“You remember if he didn’t become our chief of staff at the time that he took over, believe me we wouldn’t have gotten the numbers that we got. So, I’m just giving you a clue, he turned that opportunity down and opted out that he wasn’t interested and he doesn’t want it, he didn’t want it” he added.

Mr. Atubiga revealed that fresh consultations have resumed to choose a new vice-presidential candidate from among a list of stalwarts of the party including a former second deputy governor of the Central Bank Dr Johnson Asiamah, former Attorney General Marietta Brew Appiah-Oppong. The announcement he said will be done in the coming days before the end of March.