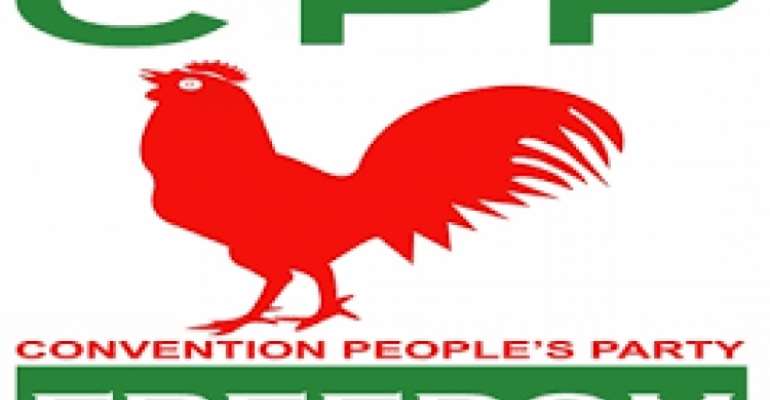 The Convention People’s Party (CPP) has suspended its decision to close the filing of nominations by aspiring national executives and flagbearship positions of the party.

It follows a law suit brought against the party to discontinue with the process.

Reasons
The acting General Secretary of the party, Mr James Kwabena Bomfeh Jr., who is also the Director of Elections, confirmed the temporary halt to the process in an interview yesterday when the Daily Graphic did a follow up to proceedings at the party’s headquarters.

He, however,declined to give further details of the suit and the person who brought the suit, as well as the reason or reasons for the suit.

Summons
Mr Bomfeh Jnr said the party received the suit last Thursday, explaining that the party’s leadership was in a crunch meeting to get some legal advice on the matter.

“The programme (filing of forms) cannot come on because there is a court summons. I’m not able to give details because we are still in a meeting on the matter,” he said.

When asked who served the summons and for what reason, Mr Bomfeh Jnr said, “the most important thing is that there is a court summons served on the party.”

He, however, clarified that the suit was not an injunction and pointed out that “Legal matters have political twists.”

He said once the party finished its meeting, it would outline the way forward in order not to disrupt the party’s calendar and activities.

Background
The CPP Central Committee recently postponed the National Delegate Congress from March 8 to March 27 and 28 at Kumasi in the Ashanti Region.

The party opened nomination from February 6, 2020 and was expected to have ended.

Congress
The CPP National Delegates Congress is slated for Friday, March 27 and Saturday, March 28 in Kumasi in the Ashanti Region.