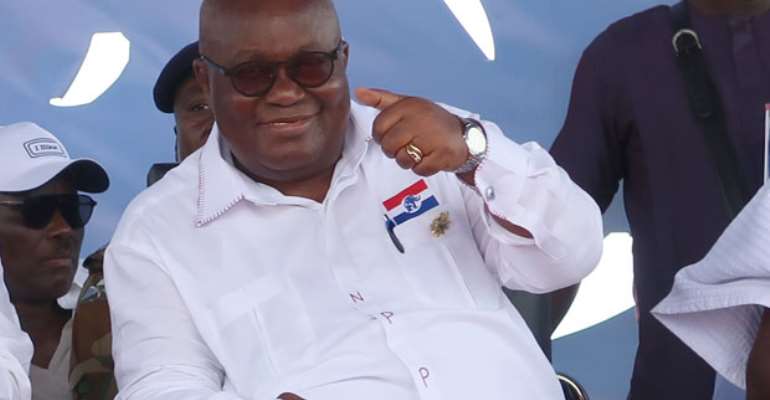 President Akufo-Addo, will, on Thursday, February 20 file his nomination at the NPP Head Office to contest in the party’s presidential primaries scheduled for April 25.

He is to file his forms at 1pm as once again, seeking the endorsement of the delegates of the NPP to lead the party to the general elections of 2020 as its Presidential Candidate.

He is the only candidate who has so far picked the party’s Presidential Nomination Forms for the flagbearership slot ahead of election 2020 since the opening of nomination exactly a month ago.

In line with the Party Constitution and the Rules and Regulations for the upcoming primaries, the President, being the sole contestant thus far, is expected to be acclaimed as the party’s 2020 flagbearer at a National Congress to be held simultaneously across the country on April 25, 2020.

Ahead of this, the party, through the General Secretary, John Boadu, is inviting sympathisers and members of the general public as well as the media to its Head Office in Asylum Down, Accra, to witness this important event which marks an important milestone in the NPP’s journey to a deserving electoral victory in December, 2020.