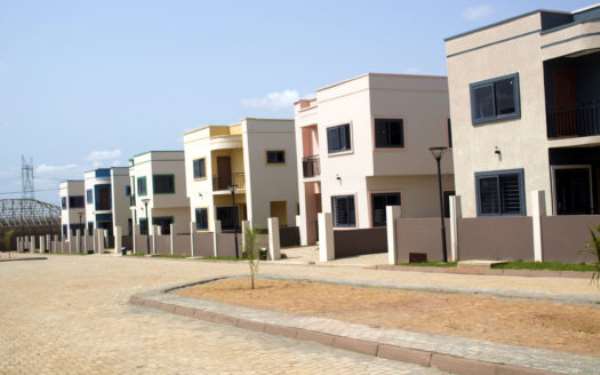 The real estate market is poised for an uptick in activity, according to East African Property Investment (EAPI) Summit analysts, following the recent moves to reopen financial flows into the sector by uncapping interest rates. The change follows a decline in financing that saw the sector’s contribution to the country’s GDP halve from 8.8 percent in 2016 to 4.1 percent by 2018.

“The lifting of the caps has prompted renewed interest by investors in the Kenyan market, which marks a distinct and new development. Following the introduction of the interest cap in 2016, international and local investors shied away from investing in property funds, particularly in the high-end residential, retail and commercial segments. Only logistics investments withstood the financial clampdown,” said Kfir Rusin, Managing Director of the East Africa Property Investment Summit.

However, the easing of the constraints on debt lending to developers and home buyers now comes as Acorn last month led the way in Kenya with the launch of its Sh4.3bn bond to fund the building of environmentally friendly student accommodation for 5,000 students in the capital. The bond, which is also being listed on the London Stock Exchange, is a significant step forward in the nation’s mission of expanding affordable housing and coincides with a parallel new flow of UK investments into the housing sector from the UK Africa Investment Summit.

“The opening of new routes to housing finance and lifting of restrictions on debt financing mark material turning points for the real estate market, which has become notably subdued,” said Kfir.

Over the last three years, the growth in property market activity has slowed as commercial credit from banking institutions has tightened. According to the Bank Supervision Annual Report by the Central Bank of Kenya, the net growth in commercial loans fell to eight per cent following the introduction of the rate cap in 2016, which was just one 12th of the 96 per cent growth rate recorded in 2015.

Loans to the real estate sector dropped even more sharply, falling by nine per cent in 2017. In 2018, property loans increased marginally, by four per cent, but the majority of the new loans were distributed as refinance for affordable housing mortgages, rather than as real estate development finance.

The cap additionally saw banks and investors compensate for reduced interest income by offloading or avoiding stocks perceived to be less liquid or higher risk, such as real estate, and purchasing more liquid investments, like government bonds. As a result, by the end of 2017, government securities accounted for 24.9 per cent of total banking sector assets, up from 23.4 per cent prior to the caps. This shift from commercial loans to government bonds continued throughout 2018 and 2019.

As a result of these multiple shifts, construction levels slowed down, with developers focusing on completing and selling existing projects.

By the end of 2019, building plans approved for building permits by the Nairobi City County Government had declined by 10.89 per cent from a year earlier, to 957 approvals. At the same time, the Kenya National Bureau of Statistics reported decelerating growth in the property sector to 5.8 per cent by the end of 2019, which was its slowest growth since 2014.

However, the removal of the rate cap is now expected to restore market liquidity, in a prospect that prompted a rally in Kenyan bank shares on the Nairobi Stock Exchange as investors rushed to buy the stocks in anticipation of increased gains ahead.

“As a dynamic that has positively influenced the bourse and promises greater access to mortgage credit too, we now expect more activity from local banks in the form of debt lending to the real estate sector,” said Rusin. “However, we do anticipate a time-lag in this, as developers weigh the new array of financing options and apply for approvals.”

EAPI issued its outlook ahead of the seventh Annual East Africa Property Summit, to be held in Nairobi on 1st and 2nd April 2020, bringing together over 500 local and international investors from over 250 companies. The stakeholders’ focus this year is on thinking differently in unlocking new financing routes, achieving competitive pricing , learning from emerging markets globally, and future-proofing developments against cycles ahead.