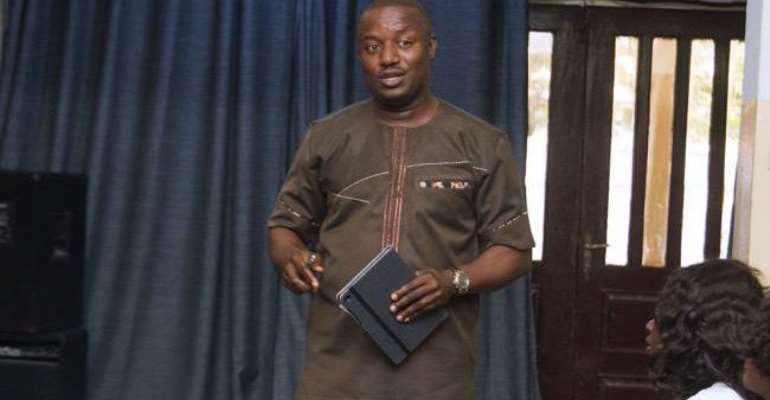 The NDC, in its Policy Dialogue Series on the Energy Sector, reiterated its assertion that the deal had been renegotiated to the detriment of the state.

The opposition party has consistently claimed the renegotiated agreement reduced Ghana’s interests from 43 percent to 18 percent.

Addressing the press, a former Deputy Power Minister, John Jinapor, also said the Energy Minister, Peter Amewu, was at the beck and call of the oil company.

“The Minister [Peter Amewu] was given six months to renegotiate and increase our stake. To our surprise, he had not only refused to increase our stake he had further granted concessions. One of the concessions was that if Aker had a problem with securing licenses like environmental permits, our Minister is compelled to take that up, pursue that and get them all the options and permits that they need.”

“So in effect, what our Minister of Energy is being turned into is a goro boy for Aker to go round doing their bids,” Mr. Jinapor said.

The NDC has also questioned the standing of Quad Energy, the company consortium partnering AGM Ghana Ltd in its oil and gas exploration and production activities offshore Ghana.

Mr. Jinapor questioned why a company only incorporated in 2019 was purportedly granted a 5 percent stake in the deal.

“What role did a one-month-old company play such that something that the whole nation is getting about 18 percent, a single company in one month will be getting about 5 percent of that agreement,” he said.

Previous concerns with the deal

Some civil society organisations like a policy think tank, IMANI Africa have already raised concerns with the deal which former President John Mahama has called for full disclosure on .

IMANI Africa claimed that the country could be shortchanged by some $30 billion if the contractual agreements are not reviewed.

The Ghana National Petroleum Corporation (GNPC) and its former CEO, Dr. Kofi Sarpong were at the centre of a lawsuit for handing over a 10 percent stake the country had in the Deepwater Tano Cape Three Points (DWT/CTP) oil block to Aker Energy.

In 2015, Explorco Ghana Limited, a subsidiary company of GNPC, acquired 10 percent interest in the DWC/CTP oil block at a time when HESS Corporation, the then operator of the DWT/CTP oil block, was offloading part of its stake in the block.

Parliament reportedly approved a budgetary allocation of $47 million for the acquisition.