Africa Must Wake Up To Climate Change—Eco-Worrior 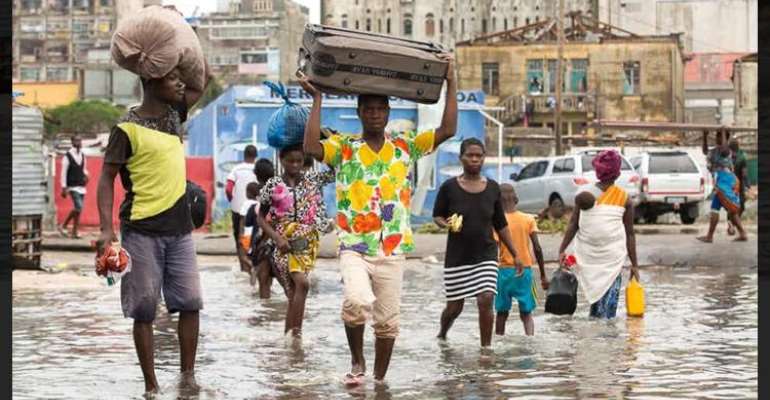 Ghanaians and Africans, in general, has been urged to wake up to arrest the fall of climate for a change.

The collective move will help save many lives that die through the effect of climate change globally.

Mr. Otuo-Akyampong Boakye, the President of Eco Warriors Movement a non-governmental organization says that's, “fight to the sustainability of the environment will ensure health safety and protect the country economic coffers.

According to him, the just-ended year 2019 saw numerous extreme disasters mostly caused by human-caused climate change killing many and leaving others homeless.

Landscape report by Christian Aid, Climate change-related crisis cost more than $120.1 billion and killed 4572 people globally. These figures are underestimated as they only include insured losses and not lost productivity and uninsured losses.

It is however surprising to note that out of the 13 major disasters recorded in the report only one (Cyclone Idai) occurred in Africa yet the second deadliest as it claimed 1300 lives. Africa is being hit greatly by climate change and its effects.

“The UN children’s fund also reports that hundreds of thousands of children caught in the storm do not have adequate shelter and are in urgent need for food and safe water”. He noted.

Source: Landmark report by Christian Aid
The economic impacts of climate crisis on the continent can as well not be overlooked. The Counting the Cost report estimates $2billion as the cost of Cyclone Idai which occurred in the southern Africa.

Africa must wake up and the time is now as harsher climate related crisis are expected in 2020. We all have to add our voices to the call for leaders to act responsibly concerning climate change and be committed to mitigate it

“I wish that they could stop climate change because we are suffering,” a poor farmer in Zimbabwe is noted to have cried out! We want global leaders to hear stories like this when they meet at the Glasgow summit in 2020.