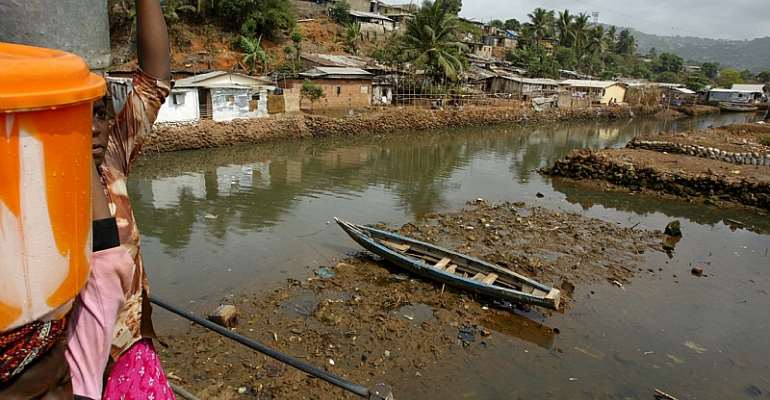 In February last year, Sierra Leone's President Julius Maada Bio declared a state of emergency over sexual and gender-based violence. Claiming there was no time to spare, his move allowed the government to immediately introduce new regulations without consulting parliament. These included new provisions for victims and more severe punishments for offenders.

The president's actions occurred during a series of high-profile cases and rising discontent over the issue. These included the case of a five-year-old girl who had been severely assaulted and left paralysed from the waist down. Gender-based campaigns were also becoming more vocal. These included gender activist Asmaa James' Black Tuesday and the First Lady's Hands off Our Girls movements.

To cap it all off, new figures also showed that the number of sexual assault cases reported to the police in 2018 had more than doubled to 8,500. A third of the cases involved young girls.

Maada Bio's emergency measures were widely applied. But there was uncertainty about the legality of using state of emergency procedures to effect deep legislative changes without parliamentary involvement. In June the state of emergency was quietly revoked. The government instead introduced a full-blown legislative programme through the usual parliamentary channels, which passed the amendments in September.

Opinions about the value of the short-lived state of emergency vary. Interviews suggested that the president was given bad legal advice and should never have declared it. This has now created a situation where the regulations passed during this period were only temporary, leaving some offenders in limbo.

Others have supported the president's declaration because it refocused much-needed attention on sexual violence and fast-tracking cases in the courts. One gender activist stated that it had unlocked new donor funding for her organisation.

Despite the mixed reaction, there's no denying that it created momentum, which ultimately led to substantial legal changes that intend to better protect women and girls.

Numerous amendments have been made to the country's 2012 Sexual Offences Act. Many activists regard the original act as a “robust piece of legislation”, but with shortcomings.

For example, it failed to address how cases should be managed. This included how they should be handled prior to prosecution, during investigations as well as court case management and sentencing. The act also failed to provide a minimum sentence for sexual offences against children, resulting in some outrageously low sentences being passed.

The 2019 Amendment addresses some of these criticisms. Among other things, it increases the minimum sentence for rape from five to 15 years for adults (with a maximum of life imprisonment). It can allow cases to go directly to the high court for trial, without the need for a preliminary investigation at the magistrate court.

The new law also includes provisions for new offences including solicitation by persons in authority – such as teachers, religious figures, doctors – and aggravated sexual assault. Significantly, it criminalises individual involvement of anyone – be it a family head, religious leader or chief – attempting to settle a sexual assault or rape case in their community instead of reporting it to the police. Offenders face a fine of 10,000,000 Leones ($1,000) and could also face jail.

The new provisions have been greeted as a positive step. But they also bring new challenges and controversies.

For instance, sentencing guidelines still need to be set out by the chief justice. Also, provisions for a sex offender register don't include details on how it will work. And while victims are supposed to be able to access free medical care in relation to their assault, there are no guidelines around this.

The other unresolved issue is that Sierra Leone's correctional centres are already overcrowded. The potential for longer sentences means this will only get worse.

Perhaps the most controversial change is that people below the age of 14 can now be prosecuted for sexual offences. There is also criticism that recent attention has focused disproportionately on sexual violence, particularly of young girls, and neglected other types of gender-based violence.

Broader structural issues also need to be addressed if the state really intends to tackle sexual and gender-based violence.

Firstly, most Sierra Leoneans don't use the formal, state-sanctioned legal system. Police stations are often very far from where people live and it costs time and money to report crimes. Police facilities are poorly staffed and underfunded, especially outside big cities.

There are also concerns that, due to the potential for significant sentences, the new laws may negatively affect sexual crimes being reported. Evidence already suggests that people don't report assaults to formal authorities because of the ripple effects it can have in tightly-knit communities. The notion that someone in the community could go to jail for a longer period may make people even more cautious about coming forward.

Finally, the fact that trying to broker a deal has been made a criminal offence could affect local power structures. It's not uncommon for chiefs and community leaders to intervene as part of the practice in rural areas of trying to resolve cases using informal channels. Criminalising compromise may drive a further wedge between the formal legal system and traditional authorities.

As ever, the remaining challenge is to ensure that Sierra Leoneans have access to, and faith in, the social and criminal justice services that exist to uphold these new laws.

A version of this article was also published in African Arguments.

BoG, IGP clash over attack on bullion vans
30 seconds ago