NPP PC For The Sagnarigu Constituency Supports Her People 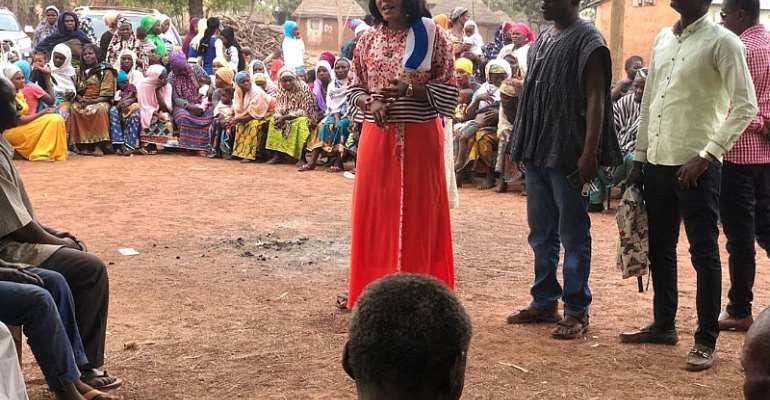 The NPP Parliamentary Candidate for the Sagnarigu Constituency of the Northern Region Madam Felicia Tettey also affectionately called Tacorabama has offered support for household latrines to be constructed in every household at Namandu, a community in the Sagnarigu constituency.

The support of the Parliamentary Candidate was in response to an appeal the chiefs and people of the area made to her during her visit to the community.

They had complained of how they defecate in the open and it's attended health issues. The PC sympathized with their situation and had to offer support immediately.

Madam Felicia Tettey has also responded positively to an appeal by the people of the Kukuo Yapalisi community in the Malshegu Electoral Area of the Sagnarigu constituency for electricity and the process towards lighting up the place has commenced.

It must be said that the NPP Parliamentary Candidate has been accessible and supportive to all women groups in the constituency aimed at making life comfortable for them.

It must be indicated that the NDC has won in the Sagnarigu constituency since its creation in 2012 yet it has not gotten the needed developmental returns expected.

The people have indicated openly that they will change the story on December 7, 2020, and the many support to the constituency and constituents by Madam Felicia Tettey is described as timely, positive and laudable by the electorates in the Sagnarigu constituency.