By Mary Ann Dove - The Conversation 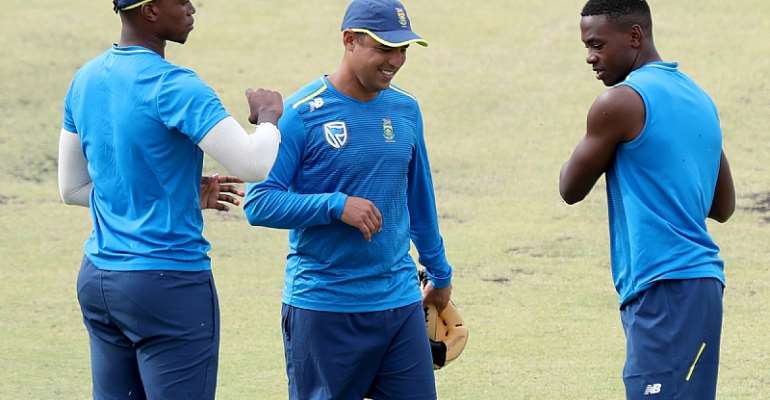 From left, Lungi Ngidi, fielding coach Justin Ontong and Kagiso Rabada of the South African cricket team during a training session ahead of a 2018 test match in Australia - Source: AAP/Richard Wainwright

Most of South Africa's top players, such as the champion batsman and former national captain AB de Villiers, come from privileged, or relatively privileged, white backgrounds.

So what environmental factors have enabled Lungi Ngidi, the son of a domestic worker and a caretaker from KwaZulu-Natal, or Vernon Philander from gang-ridden Ravensmead, to develop into elite players? What hinders players from similar environments from making it to the top?

We know that developing cricket expertise is a dynamic process, dependent on the complex interaction between individual skills and attributes and external factors.

Cricket has been played in all South African communities since the 1890s, but with colonialism and apartheid this experience has been unequal and segregated. Significant social and economic inequalities still remain.

And despite cricket being unified administratively in 1991, only 21 Black African players have represented South Africa across all formats of the game – Test, One Day International and T20 – in the 29 years since.

I set out to gain a better understanding of the barriers and enablers to cricket talent development in the country. I interviewed 43 professional male South African cricketers as well as 16 coaches, administrators and a journalist. They represented all ethnic groups, all cricket disciplines and all regions of the country. Co-researchers verified my findings along with the multiple sources of data.

I found the barriers to entry for black players were high as well as complex in a sport that reflects an unequal society. But much more could be done to achieve transformation and equal access for all. 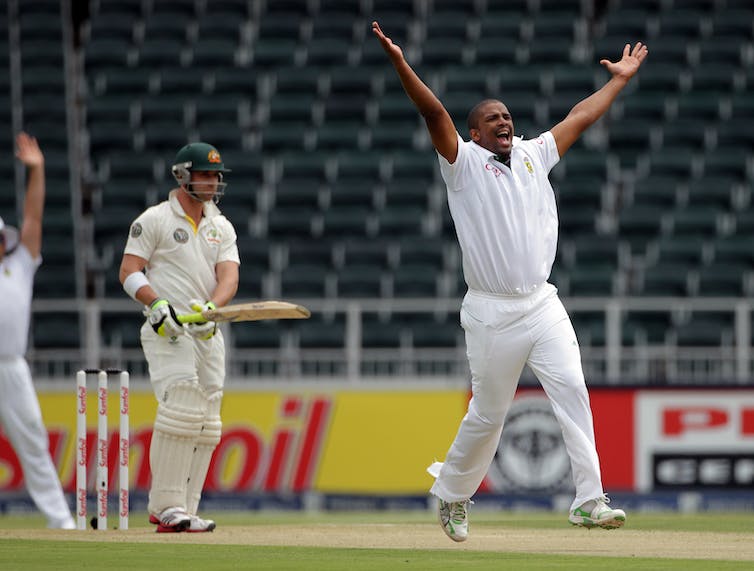 Vernon Philander appeals for a decision during a 2011 test against Australia in South Africa. EPA/JON HRUSA

All the players progressed to the elite level through different routes. These ranged across informal street or garden cricket, organised mini cricket, schools, universities and clubs. Most players – 60% of the sample – achieved success early by being chosen to play for the country's U19 teams.

The rest played no representative cricket until the senior level and they debuted at the professional level much later. Despite their progress, players identified many barriers and enablers to their success.

You have the haves and the have-nots and we are really struggling to close that gap.

After the hype of unification in the 1990s there has been a perceived decrease in commitment to cricket development, a finding supported by a lack of adequate facilities and quality coaches in many communities.

To quote one player:

I think there is no sense of purpose towards transformation within Cricket South Africa, because if they're serious about wanting to increase representation for 'Black' players at a higher level, you have to really be serious about the development of those players.

There was a further sense that there was no accountability, a lack of trust and transparency and the organisation communicated badly with the country's top players.

There is no support base back home, and I think the successful cricketer must have a support base … Mental stability is crucial and not just life stability.

And that did affect my cricket, because no one wants to be in a place where ….you don't feel welcome and you don't feel comfortable.

Team effectiveness was also impacted by poor communication between players and management, insufficient leadership skills, and a lack of team members' understanding of the unique characteristics and circumstances of each player. 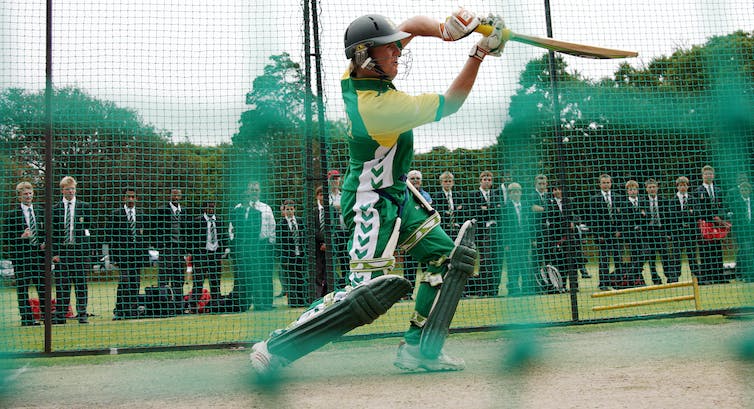 How to achieve integration

There are solutions. Cricket South Africa, and all committed stakeholders, could adopt a systems approach that addresses the multi-faceted nature of talent development in cricket. I have developed a framework to do just that. It can be summarised as follows: