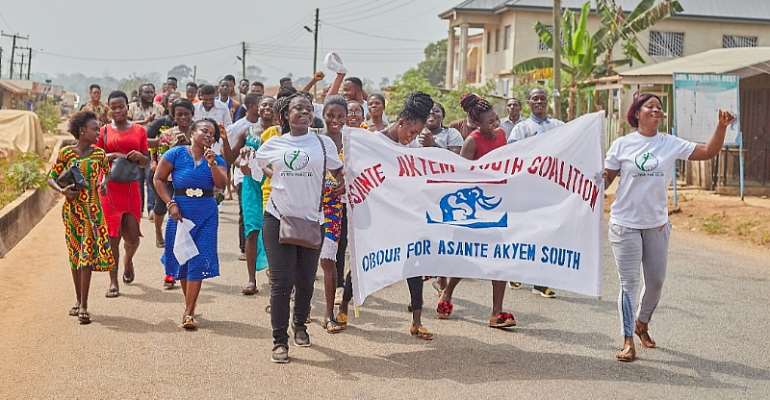 Former President of Musicians Union of Ghana (MUSIGA) Bice Osei Kuffour aka Obour burning desire to become a politician is growing day by day as he faces sleepless night over calls to contest the Asante Akyem South parliamentary seat.

In a short statement issued by Obour, a group of NPP youth activists in the Asante Akyem South Constituency besieged his residence in Juaso yesterday to plead with him to pick nomination forms to contest in the Parliamentary primaries that will soon be held by the New Patriotic Party (NPP).

"I had a good chat with them and assured them of my passion and commitment to promote development in the area. On the issue of picking nomination forms, I shared with them several calls that have come from chiefs and other opinion leaders in the area and asked them to give me 3 days to give them my final response," he stated.

The ‘Konkontiba’ hitmaker officially kicked off his campaign after handing over power at MUSIGA to its National Executive Committee last year.

He will face the current MP Hon. Kwaku Asante Boateng in a stiff competition for the April 25 primary.