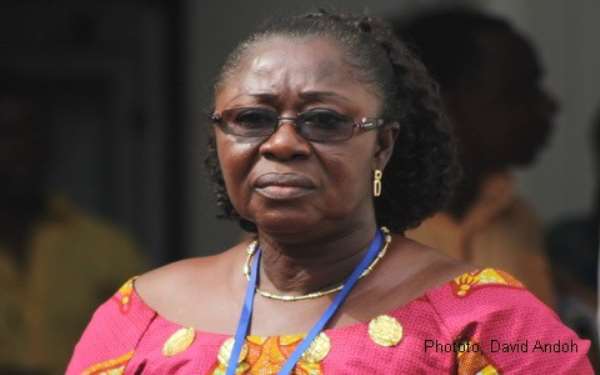 There is a well orchestrated game plan to pelt the Chief of Staff, Mrs. Akosua Frema Osei Opare, with serious mud ghananewsonline.com.gh has gathered.

According to our impeccable sources, there are deliberate moves to ensure that the first female Chief of Staff in the history of Ghana, is made to look like someone who is not on top of her role as the third most powerful political figure after the President and his vice.

The heinous agenda is coming from no other place than the Jubilee House, and by persons Mrs. Opare considers as her children - they are those leading the onslaught.

In coming days, the Chief of Staff is going to come under barrage of criticisms and attacks in the media over issues that have been well concocted and crafted.

The moves to assassinate the character of the Chief of Staff started immediately she was appointed by President Nana Addo Dankwa Akufo-Addo. However, Mrs. Opare's dexterity and political experience guided her in her delivery and as she has succeeded in becoming a scandal-free Chief of Staff.

Those who hatchet the early grimy agenda against the Chief of Staff are of the view that someone from the Greater Accra Region should have been appointed to that position and not her.

After Mrs. Opare had successfully steered the affairs of her position to perfection, 'the rogues' went on a low profile but occasionally engaged hirelings for dirty job against the Chief of Staff.

We have gathered also that those same elements have repackaged their lies and concocted stories about Mrs. Opare just to discredit her.

Currently, there are murmurings within government circles that the Chief of Staff would play a crucial role in the President's second term bid and that means that there would be accountability and no room for chop-chop in the campaign cash.