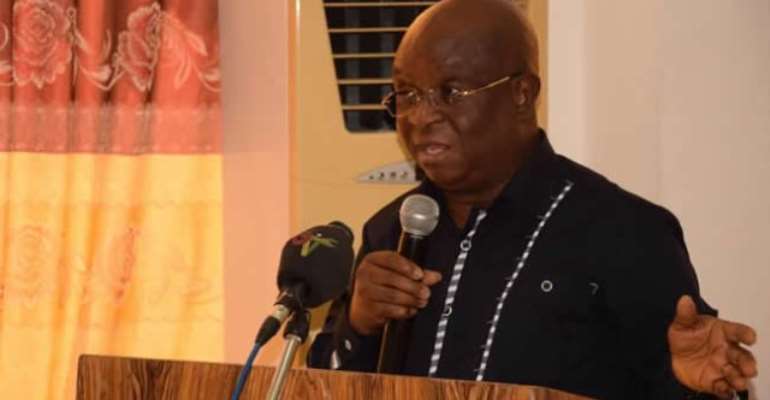 The Volta Regional Minister, Dr Archibald Yao Letsa has said the region has witnessed significant growth in the past three years under the governing New Patriotic Party's (NPP) government.

Speaking at the Second Meeting of the Volta Regional Coordinating Council (VRCC) said the three-year achievements under the NPP have positively impacted the lives of the people.

“It is gratifying to note that within the three years, administration of the NPP government, led by President Nana Addo Dankwa Akufo-Addo the Volta Region has witnessed significant achievements across all sectors," he told the gathering.

He said during the period under review, the Region received and distributed improved seeds, which included; Maize (hybrid) 52.97 Metric tonnes, maize (OPV) 29.008 Metric tonnes and rice 20.58 Metric tonnes to farmers under the government's flagship programme, Planting for Food and Jobs.

“Therefore, it is expected that by the end of this year the results would greatly impact on our productivity as a Region and also lead to an improvement in the economic and living conditions of our farmers," he stated.

He said government also awarded contracts for construction of 17 emergency facilities for some selected Senior High Schools in the Region, which were at various stages of completion to improve infrastructure situation in the schools to facilitate effective teaching and learning.

Dr Letsa said the road network remained one of the most challenging in the Region, however, government allocated funds for construction and rehabilitation of most of the roads across the Region.

“Judging by the brisk and steady progress of work by the contractors at the various sites I am convinced that the deplorable state of the roads would soon improve to bring relief to our people," he added.

The Minister said the security situation in the Region was generally peaceful with no threat to lives and property as the VRCC in collaboration with the various security agencies and the Regional Peace Council continued to ensure that all conflicts were contained to secure the prevailing peace.

Dr Letsa said the VRCC would continue to collaborate with other stakeholders to create an enabling environment for people to go about their socio-economic activities in the Region devoid of any threat.