Government Is Being Insensitive To Teachers – Kwaku Boahen 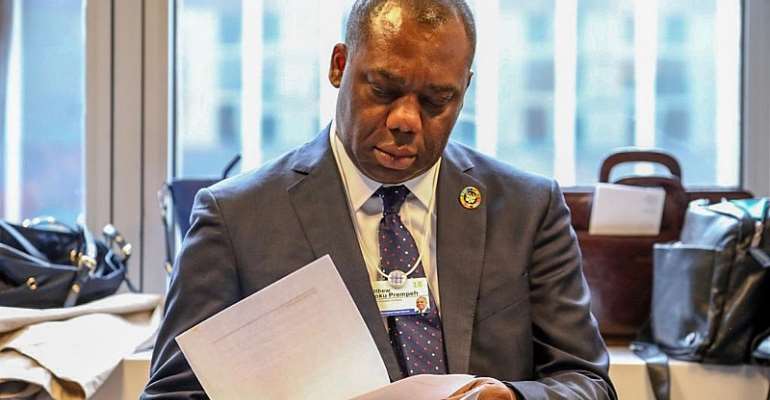 Deputy National Communications Officer of the National Democratic Congress (NDC), Kwaku Boahen says the government is being insensitive to the plight of teachers and it will negatively affect the morale of teachers.

His comments come on the heels of striking teachers which he has described as government not acting quickly to the demands of the teachers.

The three striking teacher unions say they are not prepared to call off their action until they see evidence that the outstanding salary arrears have been cleared.

They are for now treating reports that the Ministry of Finance has released over 49 million cedis to clear the arrears as a hear-say, Vice President of the National Association of Graduate Teachers (NAGRAT) said on Wednesday.

A letter emerged on social media on Wednesday which was dated December 10 on the letterhead of the Ministry of Finance signed by a deputy minister, Abena Osei-Asare, directing the Controller and Accountant-General to release an amount of GHC49,998,626.72 to enable the Ghana Education Service pay outstanding transfer grant and other allowance to qualified staff of GES from 2017 to 2019.

But Kwaku Boahen told Kingdomfmonline.com the situation could trigger discouragement among the teaching staff and a consequential trauma among pupils and parents.

The Minister of Education has accused the teachers of allowing the opposition National Democratic Congress (NDC) to influence them.

Dr. Mathew Opoku-Prempeh claimed credible information available to him suggested that some NDC members met with some teacher groups to plan the strike.