Ghana Develops Faster Whenever NPP Is In Power — Napo 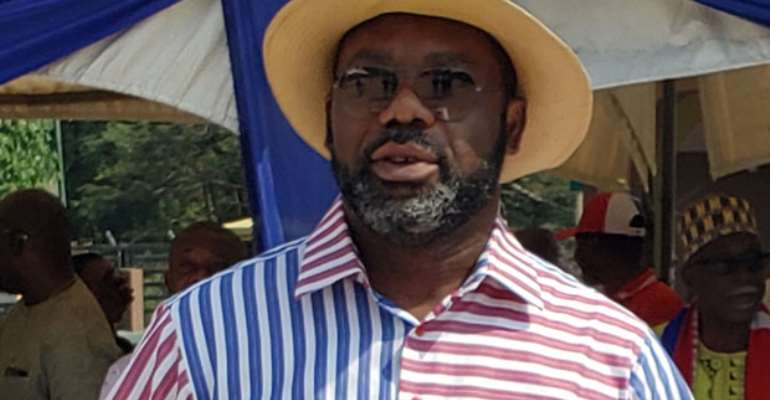 According to him, the NPP has a unique track record of always producing quality leaders who have the potential of turning the fortunes of the country around within a short time whilst in office.

Addressing NPP delegates during the party's annual conference in the Manhyia South Constituency, Dr. Prempeh stressed the need for the electorate to always cast their ballot for the NPP to boost national growth.

“Former President Kufuor displayed his competence as he introduced positive and pragmatic policies, which contributed to expedite the transformation of the country in eight years.

“President Akufo-Addo has been in political office for less than three years now and so far his competence and effectiveness has been displayed through his exceptional leadership skills and positive policies,” he said.

“At least Mr. Kufuor and Nana Akufo-Addo would be remembered for introducing the National Health Insurance Scheme (NHIS) and the Free Senior High School (SHS) policies respectively – the two best social intervention programmes in Ghana's history,” he pointed out.

Dr. Prempeh, who is also the Education Minister, said the unique leadership that had been exhibited by the two aforementioned leaders “shows that the NPP has a record of producing quality and exceptional presidents”.

According to the Manhyia South lawmaker, the country could always rely on the NPP to produce quality and visionary leaders for them, saying “the country transforms easily under NPP administrations.”

Dr. Prempeh, who spoke on a wide range of national issues, lambasted former President John Mahama and the National Democratic Congress (NDC) for failing to develop the northern regions whilst in office.

He said even though Mr. Mahama hails from the north, he could not implement any clear policy or programme to develop the north, lauding President Akufo-Addo for his efforts to transform the north.

According to him, every part of the country is experiencing growth under the NPP administration.

The programme was used by the NPP in the Manhyia South Constituency to take stock of the activities of the party last year and also announce new programmes to help expedite the growth of the party in the area.

Kwabena Nsenkyire, the Ashanti Regional NPP First Vice Chairman, led a powerful delegation from the party at the regional level to attend the event in order to make it grand.