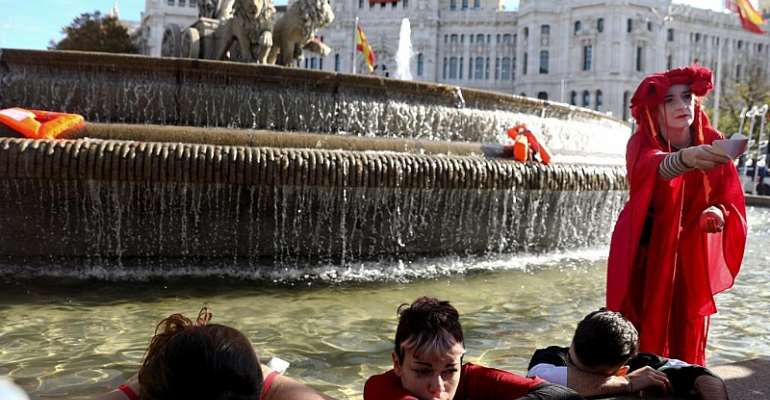 At the Cop25 climate conference in Madrid, it has been revealed that carbon emissions will reach a record high this year – while scientists find that rich nations are among those hardest hit by climate-related disasters.

Research by the Global Carbon Project, a group of international scientists who track the world's CO2 output, shows that emissions will increase by 0.6 percent in 2019 – despite a drop in the use of coal.

It's a modest jump compared with 2018, when emissions went up by 3 percent, but experts are still adamant that any rise is bad news – and a threat to the global targets set under the 2015 Paris Agreement.

Coal-hungry China is by far the world's biggest carbon polluter, accounting for 28 percent of this year's emissions – followed by the US at 14.5 percent.

A drop in fossil fuel use by both the US and EU weren't enough to stop overall emissions from rising, with any mitigation being offset by the increases in oil and gas use.

Unless countries take drastic action to change their approach to energy, transportation and industry, scientists say that CO2 emissions could keep on rising for another decade.

Carbon is, of course, the principal driver of changes to the climate that bring about extreme weather, rising oceans and increasingly frequent fires.

A report out Wednesday by the environmental NGO Germanwatch shows that climate-related disasters are on the rise in both rich and poor countries alike, with Japan and Germany hardest hit in 2018, along with the Philippines.

“It's the first time in 15 years we've been doing the index that two industrialised countries are among the top three,” says co-author David Eckstein, Germanwatch's policy advisor for climate finance.

“Nevertheless, we're seeing that extreme weather events are no longer only something that strikes developing countries … it's a sign that things are changing.”

The Global Climate Index – an annual ranking that measures the damage done by extreme weather to human life and to economies – found that although richer countries suffer the biggest economic losses of severe weather, developing countries still suffer most.

“The consequences from these events are existentially more severe for developing countries because it takes them longer to recover,” explains Eckstein.

“They don't have the financial or technological means and capacity to cope with the aftermath of a disaster or to prepare for future impacts.

“Loss and damage is a big topic that will be discussed by the Cop25 parties – and we urgently need to work out a financial facility to support these countries.”