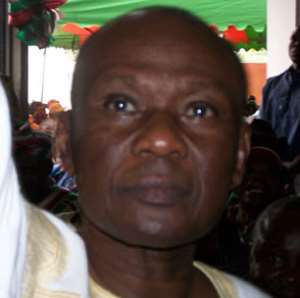 Kumasi, March 20, GNA - The Executive Committee of the Convention People's Party (CPP) in Ashanti has expressed support for the national leadership of the party under the chairmanship of Dr Edmund Delle. The regional executive has therefore condemned calls for the resignation of the national leadership of the party, saying, it did not support 'skirt and blouse' politicians.

A statement issued in Kumasi on Monday and signed by Mr Kwabena Anim, Ashanti Regional Secretary of the CPP, called on the national leadership to weed out all members with double allegiance, which was decided upon by the Central Committee of the party in Kumasi. The statement pointed out that the biggest challenge facing the CPP was how to restore the morale of the broad membership and sympathisers at all levels.

"We need to do away with armchair politicians and arm-twisting leaders who have taken centre stage".