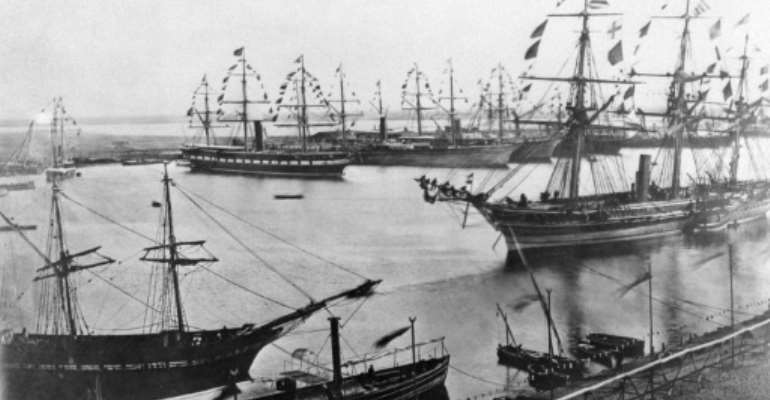 A file photo from November 1869 shows the inauguration of the Suez Canal in Egypt, which opened after a decade-long construction to link the Mediterranean to the Red Sea. By - (AFP/File)

Since the Suez Canal was inaugurated amid pomp and ceremony 150 years ago, it has become one of the world's most important waterways. But its anniversary will only be discreetly marked in Egypt.

The man-made canal was excavated between 1859 and 1869, in an ambitious project to connect the Mediterranean to the Red Sea, and cut shipping times for growing international trade from Europe to Asia.

The Suez Canal is "not a prerogative of one nation," declared Ferdinand de Lesseps, the French diplomat credited with masterminding the project, drawing from the dreams of the pharaohs who dredged a similar channel 4,000 years earlier.

"It owes its birth to, and belongs to, the aspirations of humanity," he said in an 1864 speech. 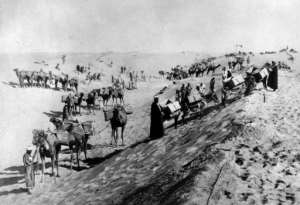 A million Egyptians, using camels and mules as beasts of burden, laboured over the decade-long construction, according to official figures. And tens of thousands died in the process, experts say.

The first ships sailed down the 164-kilometre (102-mile) canal on November 17, 1869, with hopes that fair winds would permit a faster route to and from Asia, avoiding a lengthy and perilous circumvention via the tip of southern Africa.

But the waterway's history has followed the turbulent ebbs and flows of the volatile Middle East region. 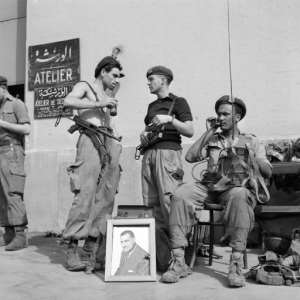 The decision, which saw Nasser's popularity rise at home, triggered an international crisis. France and Britain -- countries which both controlled the company at that point -- as well as Israel attacked Egypt around three months later.

The canal also served as a frontline during Arab-Israel wars in 1967 and 1973.

Today the vital sea route is managed by the Suez Canal Authority and was expanded in 2015 to accommodate modern, larger vessels. It has grown into a major economic asset, providing passage for 10 percent of all international maritime trade.

But the region's volatility is never far away. Running along the southern rim of the Sinai, the canal is today heavily secured by the Egyptian army which is battling a long-running insurgency against Islamist militants in northern Sinai.

Dug in the 19th century using "rudimentary tools", today the waterway has become "a lifeline to Egypt," Osama Rabie, head of the authority told AFP. 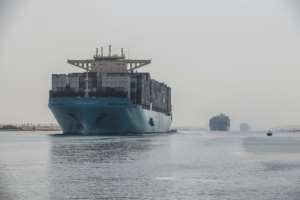 In 2015, Egyptian President Abdel Fattah al-Sisi staged a grand ceremony for the opening of a new 72-kilometre (43-mile) lane parallel to the canal after 12 months of excavations.

The authority has since boasted new cargo and transit records saying the new lane has facilitated the crossing of larger shipping convoys and decreased transit times.

In August "a record breaking number" of 81 ships carrying a total of 6.1 million tonnes transited the canal in one day, the authority said.

"The tonnage has lept," according to Jean-Marie Miossec, shipping specialist and professor at the University Paul Valery-Montpellier.

He believes the growth is linked to an "increase in container traffic between Asia and Europe as well as Europe and the Indian subcontinent". 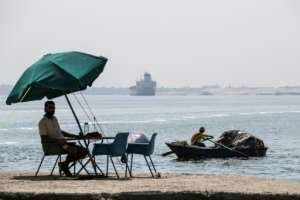 "By expanding the canal, Egyptian authorities offer augmented potential, especially with regard to vessel sizes and transit time," he said.

Sumptuous feasts and banquets even attended by French Empress Eugenie, wife of Napoleon III, were held during the initial inauguration in 1869.

But in stark contrast, no celebrations are planned for the canal's 150th anniversary.

Arnaud Ramiere de Fortanier, from the association in the memory of Ferdinand de Lesseps and the Suez Canal, believes the anniversary is "bit tricky". 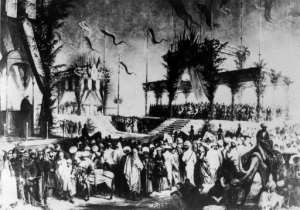 "The issue of 1956 went wrong," he said, maintaining that for the company's former shareholders the entire Suez crisis was mishandled by all sides and was a "disaster".

Rather than highlighting the canal's pre-1956 history, Egyptian authorities are preferring to underscore the canal's current performance and its contributions to the country's battered economy.

"Everyone writes history their own way," said French ambassador Stephane Romatet, noting Egyptians only started benefiting from the canal after the 1956 nationalisation.

In Egypt and France, stamps bearing images resembling de Lesseps have been printed to mark the anniversary.

And a conference entitled "The Suez Canal: a place of memories" is to be held in Egypt's famed Bibliotheca Alexandrina on November 13.

Egypt has also dedicated a museum, currently under construction, to the canal in the city of Ismailia at the historic premises of the Suez Canal Company. But no opening date has yet been set.