Roads In Ghana Are Bad – Allotey Jacobs Cries Out 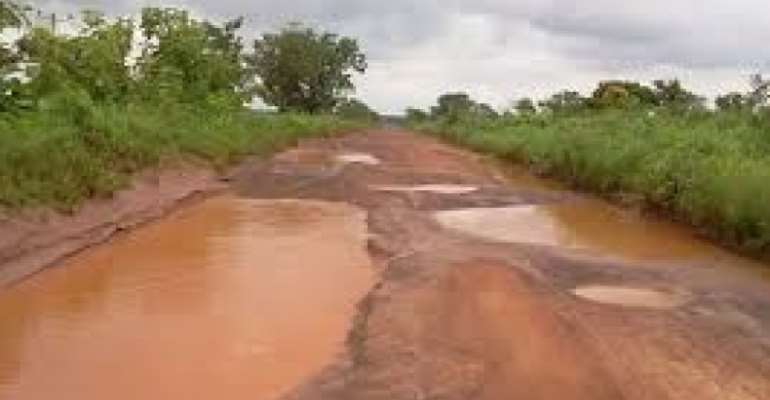 Former Central Regional Chairman of the National Democratic Congress (NDC), Bernard Allotey Jacobs, has expressed worry about the state of the road infrastructure in the country.

He said the recent rains had compounded the problems and further exposed the bad nature of roads making it difficult for the public to go about their day-to-day activities.

According to him, the quality and state of roads indicate that roads in the country have been poorly built and deteriorated at a fast pace.

Speaking with Lawyer Ohene Gyan on ‘Pae Mu Ka’ on Kingdom FM 107.7, as a panel member, Bernard Allotey Jacobs said, “Climate change is likely to damage our transportation infrastructure through higher temperatures, severe storms and flooding, and higher storm surges. We need to find time-tested engineering solutions to withstand the effect of climate change on our road network,” he said.

“When the roads are good people turn to over speed on them, thereby creating additional problems for the country but when the roads are bad they turn to be a little cautious when driving on them,” he said.

However, Mr. Allotey Jacobs explained that road construction was a systematic process that needed to be handled expertly, especially as the country faced financial constraints.

He said the government must ensure strict adherence to standards and specifications in order to build good roads with a long lifespan.

The former Central Regional Chairman of the NDC noted that a transport system that could not withstand the emerging impacts of climate change would prove burdensome, impose high costs of repairs, and cause significant economic losses.

Allotey Jacob said due to the bad nature of the road network linking the regional capital to the district capitals armed robbers have taken advantage to rob travelers.