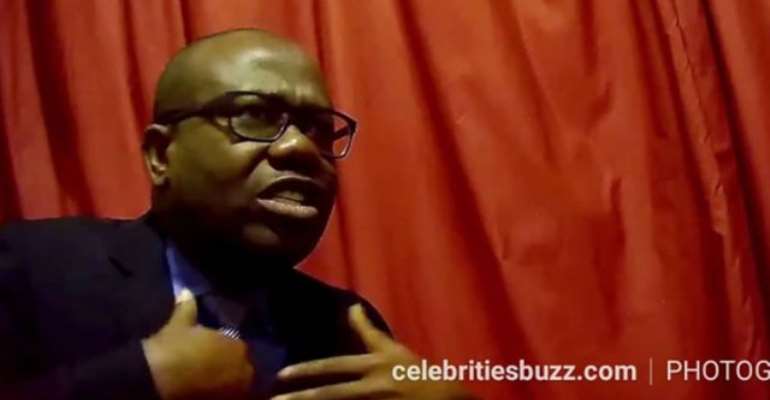 Parliament is expected to be briefed on the status of the probe involving the former Ghana Football Association (GFA) President Kwesi Nyantakyi who allegedly used the President’s name to peddle influence.

The business statement of Parliament for next week indicated the Attorney General Gloria Akufo is expected to do the briefing.

The update is coming five months and some odd days after President Nana Akufo-Addo filed a complaint with the Criminal Investigations Department (CID) on May 22, 2018.

This was after the presidency watched portions of an investigative documentary by decorated undercover investigator and journalist, Anas Aremeyaw Anas.

In the documentary titled ‘Number 12’, the football chief is heard telling an undercover agent posing as the investor, he could help him get access to the President and Vice-President.

“You can start with something small in your own discretion, then when you get the contract; the big contract, we can go back and give them more money, then we will take over the whole country,” Kwesi Nyantakyi was heard in the documentary broadcast to large audiences in Accra and Kumasi in June 2018.

Ghana’s rising star in world football administration resigned and lost his positions on international football bodies such as CAF, WAFU and FIFA.

Kwesi Nyantakyi was subsequently arrested and charged with defrauding by false pretence.

Worried about the state of investigations nine months after the airing of the documentary, Anas Aremeyaw Anas announced in March 2019, he was collecting signatures to an online petition to pile pressure on the government.

The Attorney-General claimed Anas is yet to supply her department the raw an unedited tape. Anas responded it had already been supplied.

The back-and-forth explanations did not surprise NDC General Secretary Asiedu Nketia who has predicted, ‘nothing will happen to Kwesi Nyatakyi.’

“I said this the day he was picked up by the CID…I said this is just a storm in the teacup,” he said.

Fast forward to October 2019, MP for Mion, Mohammed Abdul-Aziz, has submitted a question on the status of investigations to which the Attorney-General is obliged to answer.

The update in Parliament is also coming at the time when Ghana football administration is beginning to recover after it nosedived following the airing of the documentary in June 2018.

Meanwhile, a new GFA President and Executive Council is being elected.