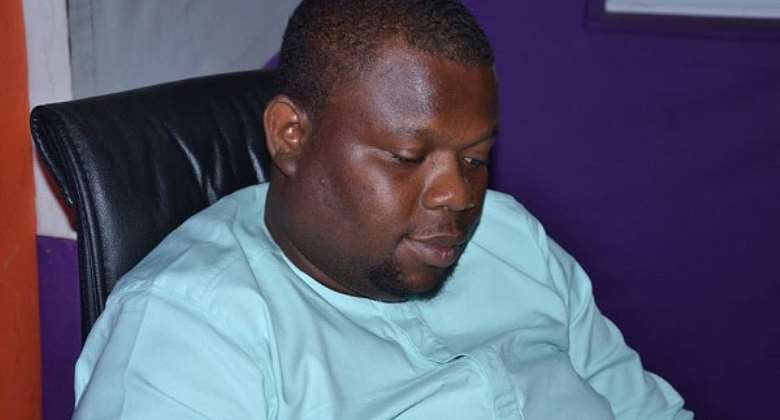 The Ashanti Regional Secretary of the opposition National Democratic Congress (NDC), Kwame Zu has suffered humiliation after he was allegedly beaten by some of his party's supporters in public.

The incident happened at the Central Mosque in Kumasi in the Ashanti Region during the funeral rites of a certain NDC member on Sunday afternoon.

Kwame Zu was said to be boarding his vehicle after he had participated in the funeral rites when from nowhere, a group of stoutly-built young men pounced on him violently without provocation.

The blood-thirsty hoodlums, according to an eyewitness report, subjected the hapless looking NDC scribe to severe beatings in the full glare of other mourners, who could only watch in awe.

Isham Alhassan, the Ashanti Regional NDC Organizer, confirmed the beating of Kwame Zu by some goons on Kumasi-based Nhyira FM, saying the matter was being handled by the police in Kumasi.

Meanwhile, what influenced the men to manhandle Kwame Zu is not immediately clear but there are rumours that Kwame Zu may have been attacked because of the role he might have played in disqualifying a candidate in the Asawase by-election.

Sources said the thugs were aggrieved because their political idol, Masawudu Mubarick, was prevented from contesting the incumbent NDC MP, Mohammed Mubarak Muntaka, for the Asawase seat.

The NDC thugs suspected that Kwame Zu played 'pivotal roles' to crush the ambition of Masawudu Mubarick and have not forgiven him for that.

Isham Alhassan, the Ashanti Regional NDC Organizer, who sounded peeved over the attack of the NDC regional secretary, said on Nhyira FM that “Kwame Zu has lodged an assault complaint case with the police.”

“We will not treat this assault case as a party matter; therefore, we are expecting the police to investigate the case and quickly apprehend the suspects from their hideout to face the law,” he added.

According to him, Kwame Zu was about to leave the funeral grounds when some people attacked him violently, adding that such lawless acts should not be allowed in the country.

Meanwhile, one Shafi Ibrahim, known to be a dyed-in-the-wool NDC member in Kumasi, has vehemently denied knowing the people that manhandled the Ashanti Regional Secretary at the funeral grounds.

“I was at the Central Mosque on Sunday but I was not present when Kwame Zu was being beaten. I am surprised they are saying I was present and so I know his attackers,” Shafi said on Nhyira FM on Monday.

According to him, he also heard reports that Kwame Zu had been beaten by some people and so he rushed to the place “but by the time I arrived at the place, the guys had left and Kwame Zu was in his car.”

Shafi said anybody that would try to link him with the attack of Kwame Zu “is not being fair because I don't know anything about his attack.”