Volta: Your Roads Will Be Fixed — Deputy Regional Minister Assures 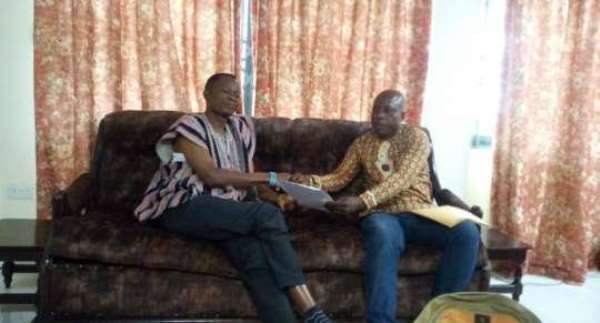 Reverend Johnson Avuletey, the Deputy Volta Regional Minister, has reassured people in the Volta region that government will fix the bad roads in the region.

Reverend Johnson Avuletey gave the assurance when he received a petition on behalf of the Volta Regional Minister, Dr. Archibald Yao Letsa from a youth group, Concerned Ho Residents, on the deplorable state of roads in the region.

He said the government was slow in reacting to agitations from various groups of people on the bad state of the roads because it was working hard to ensure that the roads were fixed by next year to promote socio-economic development and make travelling pleasurable.

“I want to assure you that these roads you just mentioned now have been taken care of by the government so, I don’t think you have any cause to fear," Mr Avuletey said.

He said contrary to claims by the previous administration of undertaking massive infrastructure development in the road sector, the Akufo-Addo led government inherited 'death trap' roads nationwide and was working to get them fixed in time for rapid growth.

Mr. Vincent Hodoli (aka Torgodomakpa) Convener of the group, urged the government to expedite action on the roads as promised.