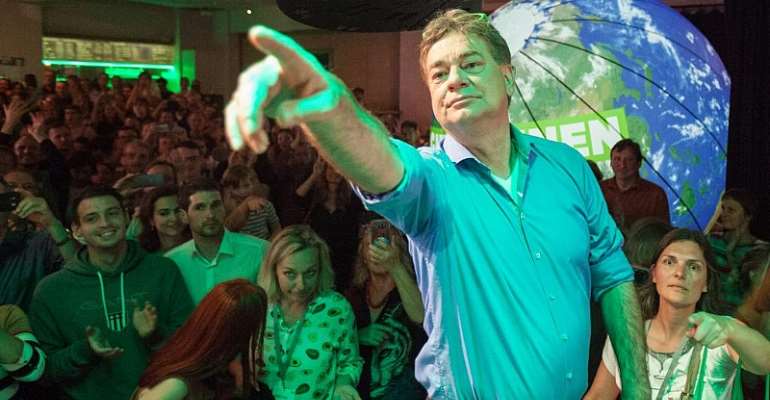 Capping off a frenzied month of climate summits and banner-waving, Austria's elections have repositioned the Greens as force to be reckoned with – bringing them back from the brink of political oblivion.

Preliminary results show the party has unexpectedly tripled its support and – with 14 percent of the vote – is now a viable coalition partner for Sebastian Kurz's conservative People's Party.

The Greens' revival comes just two years after the party was booted out of parliament after failing to win so much as a seat. It also follows EU parliamentary elections in May – during which green parties across the bloc enjoyed their strongest showing yet.

Some describe the shake-up of Austrian politics as the “Thunberg effect”; in the lead-up to the polls seven million people around the world took to the streets to demand action on climate change.

For Quentin Genard, from the Brussels-based environmental thinktank E3G, the results in Austria add to growing evidence that environmental concerns are reaching the top of Europe's political agenda. “Austria not an isolated case – far from it,” he says.

“This is part of a wider trend … Green issues and environmentally friendly parties are getting a lot of traction at the moment – largely because people on the street calling for climate action sends a powerful message to policymakers.”

The Greens know that entering into a two-way coalition with Kurz – the man who brought the far-right Freedom Party into government – will require difficult compromise. Leader Werner Kogler has already said "radical policy changes” would be needed before his party would join a coalition.

Questions are being raised as to whether, as a junior coalition partner, the Greens would be able to effectively influence policy. “It's going to be complicated, and that's why the Greens leader wants to see commitment from the leading party before even entering into talks,” says Genard.

“The question is whether the Greens will be able to prioritise their actions, because they cannot win on everything – they'll have to pick a few selected battles and then run with them.”

On a larger scale, Europe has its own battles regarding environmental policy. In June, the bloc was four countries short of a deal to slash emissions and put the EU on the path to becoming carbon neutral by 2050 – in line with the Paris agreement.

In another possible setback, EU governments recently agreed to delay plans to establish a classification scheme to determine which financial products qualify as “green”.

However European Commission president-elect Ursula von der Leyen has said she wants action on climate issues to be the “hallmark” of her presidency. She's also committed to establishing a European Green Deal in her first 100 days in office.

Despite the toing and froing, Europe is still very much a global climate leader, says Genard, adding that Europe is, nevertheless, in dire need of the “next wave” of decarbonisation policies.

“The EU will continue its climate action; president von der Leyen has very clearly set it at the top of her agenda through the European Green Deal – so we'll see more and more of these discussions happening, and that's going to bring each and every member state on board.”