Coalition For The Reformation Of Legal Education In Ghana Press Statement

By Coalition for the Reformation of Legal Education, Ghana 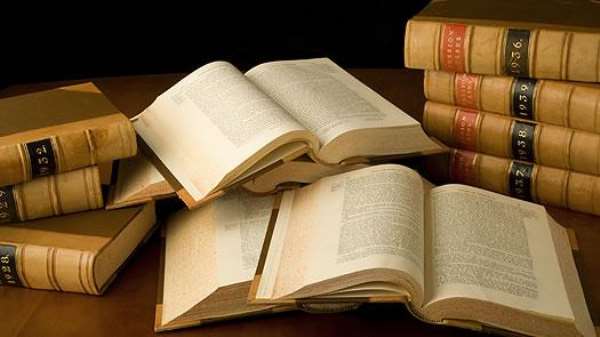 BACKGROUND
On Tuesday the 24th of September, information came into the public domain about the results of the entrance examination into the Ghana School of Law conducted on the 28th of July, 2019.

The results revealed that only 128 students out of the 1820 students who presented themselves for the examination, passed.

Ahead of the conduct of 2019 Law School Entrance Examination, a case had been filed at the Accra High Court challenging the lawfulness of some of the conditions set out in the advertisement announcing the examination.

Specifically, the writ had said that the modalities as spelt out in the advertisement would put the candidates through an exercise of torture likely to trap most of them and that the requirement that they produce police clearance certificates was unlawful. Further, the Applicant, in that case, had stated that the proclamation by the General Legal Council that they cannot be sued over the actions that they take with regard to the examination was ousting the jurisdiction of the courts of Ghana, and on that ground alone, the High Court should strike down the advertisement announcing the commencement of the examination and all acts subsequent thereto.

The High Court disagreed with the Applicant, and ruled on behalf of the General Legal Council. However, subsequent events, particularly the wholesome failure of over 92% of the applicants demonstrate clearly that the Applicant was right in his fears.

RECENT HISTORY
In the year 2016, the General Legal Council introduced what has now come to be known as the Entrance Examination to the Ghana School of Law. At about the same time it also introduced a body called the Independent Examination Committee (IEC). Since the introduction of these two concepts, there have been an increasing number of examination failures of candidates at all levels of legal education at the professional level. This has led to great hardship for many people intending to become lawyers, with hundreds of them being forced out of the country as a result to pursue professional law studies out of the jurisdiction of Ghana in countries like Rwanda and The Gambia, of all places. Interestingly, many of the same students who were considered not worthy of doing the professional course have excelled in other jurisdiction leading to their call to the Bar in those countries. And it is becoming increasingly clear that this totally artificial tragedy would lead to some Ghanaians relocating outside of their country for ever.

The Entrance Examination was introduced because of alleged lack of space at the Ghana School of Law. The Independent Examination Committee, on the other hand, was introduced to stem alleged abuse of power by some lecturers. However, since then, all manner of spurious excuses have been found for the existence of these structures, even when the reasons for their existence have been discounted and discredited. It is all too clear, therefore, that these two institutions exist just to carry out the wishes and desires of some people in authority. The real reason for their existence, is to ensure that the numbers of lawyers in Ghana are kept artificially low.

GOING FORWARD IN THE LIGHT OF CURRENT DEVELOPMENTS

Given the current developments, two clear types of problems have become apparent. These are;

(1) That more and more qualified LLB holders would be denied access to professional legal education, and

(2) More and more students who get access to professional legal education would be denied access to the qualifying certificate certifying them for the call to the Bar.

In the light of the two prevailing conditions stated above, other conditions become apparent, and these are;

(a) The LLB holders who fail the Entrance Examination are either dunces or were not properly tutored, and

(b) The professional law students who failed the examinations were dunces or were not properly tutored at the Professional Law School, or

(c) There is a disconnect between what is being taught in the classrooms, and what the students are being examined on, or

(d) Ghanaian students are natural dunces, and the majority of them cannot grasp the niceties of the concepts of legal principles and their application, or

(e) There is a combination of some or all of the above conditions, thus leading to the mass failures.

In the light of the above, the Coalition for the Reformation of Legal Education in Ghana proposes the following;

(i) That all faculties of law at the various universities immediately stop enrolling new students and additionally put on hold the current curriculum at all levels.

(ii) That all lecturers and instructors at the Ghana School of Law put on hold all lectures and similar programs.

(iv) That all students who have fallen prey to the current imbroglio get together to inquire and pursue the legal options available to them under the circumstances.

(v) That the government of Ghana and the President forms a commission of enquiry to investigate all these issues surrounding legal education with the aim of finding a mutually acceptable solution to the current situation.

The Coalition believes that these and other measures, rolled out in tandem, would go a long way towards finding enduring solutions to the problems facing legal education in Ghana.