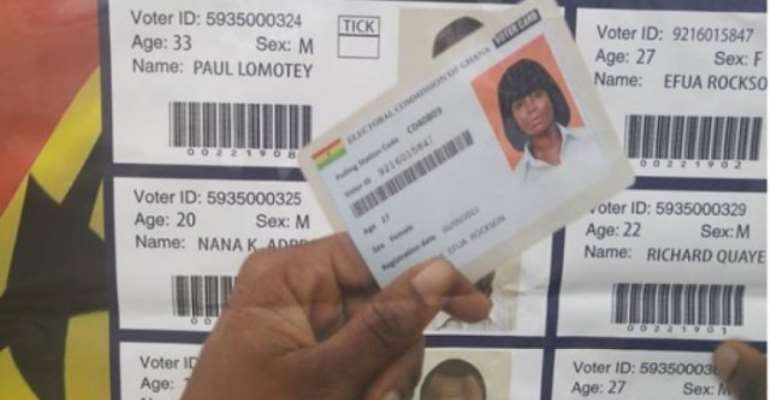 The Tema Metropolitan Office of the Electoral Commission says it is processing about 100 persons for court who allegedly engaged in multiple voter registration.

Nana Oduro Numapau, Tema Metropolitan Electoral Director, disclosed this when he was briefing Assembly Members of the Tema Metropolitan Assembly (TMA) on the road map for the December 17, District Assembly, Unit Committee and Referendum elections.

Nana Numapau stated that “about 100 of such cases is currently been processed for court. When find guilty, the offenders could be fined”.

He noted that some of the culprits did not intentionally engage in multiple registration but probably may have re-registered instead of reporting the missing of a card forgetting that their information was already in the system.

He therefore advised the public against such acts, but rather visit the nearest office of the EC to report the loss of their cards and follow the process of replacement.

The Tema EC Director indicated that a little over 8,000 and 5,000 were registered in Tema Metropolis and Tema West Municipality respectively, during the limited registration exercise.

He added that the just ended voters’ exhibition exercise saw about 22 per cent of registered voters participating in the exercise in the Tema Metropolis and Tema West Municipality even after it was extended for one week.

Touching on the District Assembly Elections, he said, nomination would be opened very soon while filing of documents from aspirants would be done on 8th and 9th October 2019 while October 10 – 11 would cater for Unit Committee aspirants, according to the EC planned outline.

He added that there would be platform mounting by aspirants between December 1 and 14th to interact with and answer questions from the electorates.

He appealed to Assembly members and prospective ones to educate residents on the need to participate in the elections reminding them that at least 40 per cent of registered voters nationally must vote in the referendum before a decision could be taken on the proposed election of Metropolitans, Municipals and District Chief Executives.

All Assemblies in Ghana will be dissolved on Saturday, October 5, 2019.