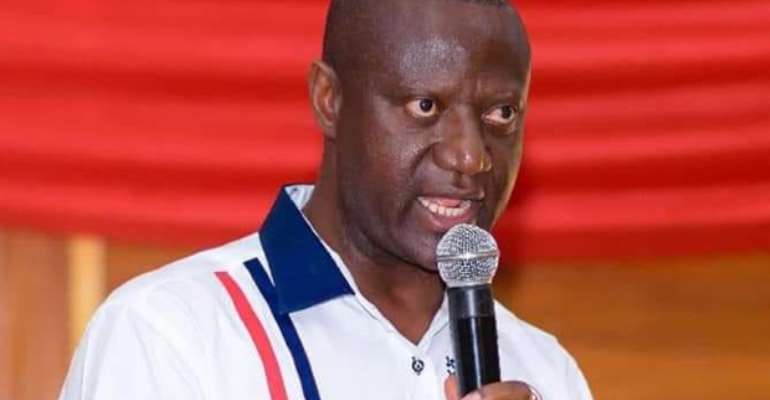 The Eastern Regional Secretary of the ruling New Patriotic Party (NPP), Jeff Konadu Addo, has jabbed the opposition National Democratic Congress (NDC) over what he claims is a deliberate attempt to tag President Akufo-Addo with unsubstantiated corruption allegations.

According to him, the NDC members are using “well orchestrated lies and propaganda” to tarnish the image of the President and his government. He, therefore, urged them to desist from such acts.

“I want to tell members of the NDC especially Sammy Gyamfi and co to be cautious when it comes to issues about politics in this country.All available records point to the fact that the corruption tag is on the NDC and no amount of propaganda will wash it from them…,” he said.

He maintained that the attempt to tag the NPP with corruption would not materialize since the President and members of the NPP are not in a position to steal from the people.

Mr. Addo said Ghanaians know the NPP for its life-changing policies such as Free SHS, One-district, One-factory, One-constituency, One-ambulance, among others, and no amount of deliberate lies and propaganda against the government with corruption would work.

He said the posture of President Akufo-Addo towards corruption should by now tell the NDC that they are pursuing a lost cause.

Latest Photo Reports
Catch up with all the political quotes from our politicians.
Advertise here
More NDC News
ModernGhana Links
Election 2024; NDC needs a fresh candidate to claw back power - Dela Coffie
Calling on gov't to complete your projects is an endorsement of NPP's 'break the 8' agenda for 2024 — Stephen Atubiga to NDC
Withdraw fraudulent suspension of Salaga South Constituency Executives immediately — Concerned NDC Supporters
‘Give us our harbour or resign for being unfaithful, untruthful’ – Cape Coast NDC tells Akufo-Addo
“Even those who lost elections are thanking people, what are their problems with me inspecting projects?” – Akufo-Addo jabs NDC
We appalled by machiavellian tactics to get MCE nominees confirmed — Western North NDC
2020 polls: We could've also gone on promise spree like NPP – NDC
Tell your family and friends choking the payroll to forfeit their juicy jobs and go into entrepreneurship — NDC’s Basintale
NPP no match for NDC, we'll win 2024 elections hands down – Ofosu-Ampofo
TOP STORIES

Ejisu: 21-year-old girl murdered with intestines gushed out ...
12 seconds ago