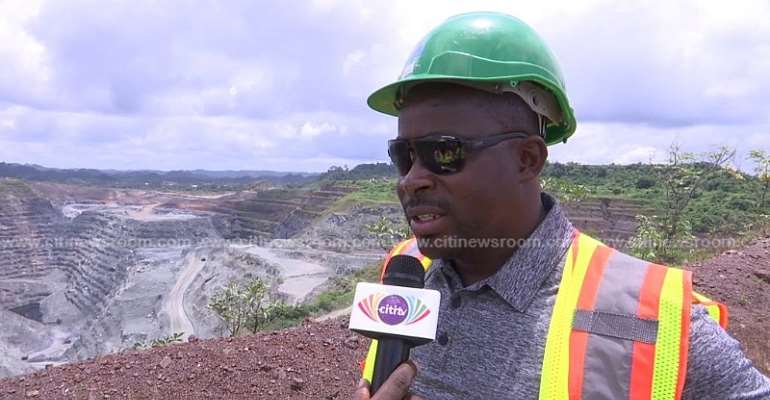 The Parliamentary Select Committee on Mines and Energy was in the Western Region under the auspices of the Chamber of Mines to visit a number of mining companies.

The purpose was to afford members of the committee the opportunity to familiarize themselves with the current happenings in the mining industry. One of the companies visited was the Ghana Manganese Company (GMC).

Among other things, the committee was concern about the fact that 90 percent of the company's haulage was by road, notwithstanding the fact that transport by rail was cheaper ($7 per ton for road and $5.9 for rail). The heavy nature of the haulage was also a major threat to the lifespan of our roads, increases the risk of road accidents, traffic jams and vehicular breakdown.

It therefore made sense that the company could make a business case to its Board of Directors to partner government to, at least rehabilitate the Nsuta-Takoradi portion of the Western Line (that is where the GMC mine was located). This would at least drive down their cost of haulage over a long period and also contribute in making our roads safer. So when the Committee queried why the company had not explored that option, the Committee was shocked at what it heard. The Chief Operating Officer of GMC, Benjamin Atsu Quarshie indicated that, in 2017, GMC donated $10 million to the Ministry of Railway Development to at least do some work on the line. Unfortunately, the company was yet to see any work on the line.

1. Is it true that the Ghana Manganese Company donated $10 million to help rehabilitate the Nsuta- Takoradi portion of the Western Railway Line?

In the spirit of transparency, accountability and good governance, I hope the Minister provides answers to these questions raised to ease the minds of well-meaning Ghanaians.