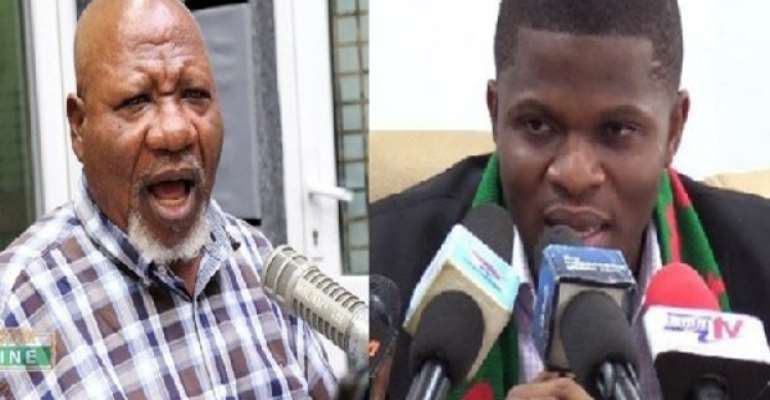 The former Central Regional Chairman of the opposition National Democratic Congress (NDC), Allotey Jacobs has served notice he will deal with the National Communication Officer of the party Sammy Gyamfi over the latter's disrespectful behavior.

The obviously livid leading and outspoken member of the NDC said on Asempa Fm's Ekosii sen program monitored by MyNewsGh.com that he will not speak for the party unless the issues being discussed relate to former President John Dramani Mahama.

“I was with you (host) in the studio when their National Communication Officer Sammy Gyemfi sent a text message that I don't speak for the NDC. So you expect me to speak for NDC? That small boy sitting there…Look the time has even come for me to deal with him,” he said.

Mr. Allotey Jacobs has been criticized largely by Members of the NDC over his recent defense of President Nana Akufo Addo particularly on matters of corruption. He is reported to have said that the President is not corrupt as suggested by his party. A position many say is divergent from the position of the NDC.

But he insisted that his defense of the President does not mean he in bed with the governing New Patriotic Party (NPP).

“The same NDC communication team has destroyed my image. We have friends in the NPP and we know people who are eating from the hands of the NPP and they will come on the radio and be speaking rubbish to look as if they are defending NDC. We know them and they should know that we are friends and we have been with them for long. I don't deny friendship. If people think that I'll come and sit on radio and insult Nana Akufo-Addo I won't do it,” he added.

In the view of the former regional Chairman, the new generation of Communicators of the NDC do not know how much persons like him toiled to build the party.

He challenged the party communications team leadership to delete his name from their list of recognized communicators because he is not interested in being one.