Forced To Resign Or Sacked: The Ghanaian Tradition 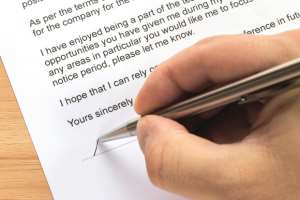 According to a 27th August 2019 publication on Ghana web, former chief executive officer of Bulk Oil storage and transport (BOST) George Mensah Okley was forced to resign because he was found to have awarded haulage contract to his own company. In the recent expose by Manasseh Azure Awuni dubbed “contracts for sale”, the chief executive officer of the public procurement authority, Mr. Agyenim Boateng Agyei was suspended for allegedly awarding contracts to his own company in a manner that does not only put him in a conflict of interest position but also shows shady deals at the procurement authority. Former Minister of state at the office of the president, Mr. Rockson Bukari according to a BBC pidgin news report of 30th April, 2019, resigned on allegations of bribing a journalist.

The issues of ‘forced to resign’ or ‘sacked’ for scandals under former president Mahama is a no go area as they were far worse comparatively. Most appointees under his regime who engaged in one criminal conduct or the other, were mostly reassigned to other lucrative positions. The tradition and culture of “forced to resign” or “sacked” is consistently present across all the political parties in the fourth republic.

It is no surprise therefore that the Akufo Addo led administration has modernized the tradition and practice by first pretending to take action in the form of suspension of public officers who misconduct themselves and later exonerating them of all wrongs. In actual fact, the New Patriotic Party government under his Excellency Nana Addo Danquah Akufo Addo throws dust into the eyes of the Ghanaian public by clearing appointees who are found culpable in dubious scandals. It is a tradition which must continue at all cost at the expense of the tax payer and innocent citizens of Ghana. A retrogressive culture and tradition that promotes and motivates corruption in Ghana is letters and press releases from the presidency titled “Suspension of …”, “Acknowledgement of resignation of …”, “termination of appointment of...” These type of letters and releases from the seat of government has become foreshadow of “go and enjoy your stolen goodies in peace”. This is because such letters and releases are empty and do not detail both administrative and legal procedures aimed at punishing criminal offenders.

When public officials commit crimes, conduct themselves in a way that impugn upon the office they occupy or put themselves in a conflict of interest position, the appropriate action would have been to apply the code of conduct of public officers and in cases of criminality, government takes the accused person or persons through due legal process. In Ghana however, the long standing tradition is to force them to resign or simply sack them. No case or cases are preferred against these public officers in court and in the few instances of escape goats, there is the general lack of commitment to prosecute on the part of the attorney general and other state agencies.

What then is the deterrent to corruption if public office holders are asked to resign or are simply sacked to go and enjoy their ‘goodies’ in peace? The penchant of governments in Ghana to defend appointees at all cost at the cost of the state is an irony most palpable. In forming a government, an administration looks forward to developing the best resources possible, including human resources. The best human resources are developed by following standard administrative procedures that motivate best practices and punish criminal behavior that go contrary to the rules of engagement. By frequently and consistently defending and shielding criminal appointees, the country does not only lose its scarce resources but also fail to produce and train its citizens capable of competing on the international scene. The formation of commissions of enquiry into some of these criminal cases has historically proven useless as reports are either not published and those that are published do not get recommendations implemented. Why must we feel that punishing criminal elements in our political parties means biting our own fingers? Can we not see criminals simply as criminals and not members of political parties?

Every public service or institution in Ghana has a code of conduct apart from the general code of ethics of public officers. Why do we just write these rules and regulations down in our books but never use them? Is there no need for them? Going forward, we must stop writing and spending resources on new laws and implement the existing ones. If we could implement at least fifty percent of our existing laws, rules and regulations, Ghana will be a better country in the eyes of the world.